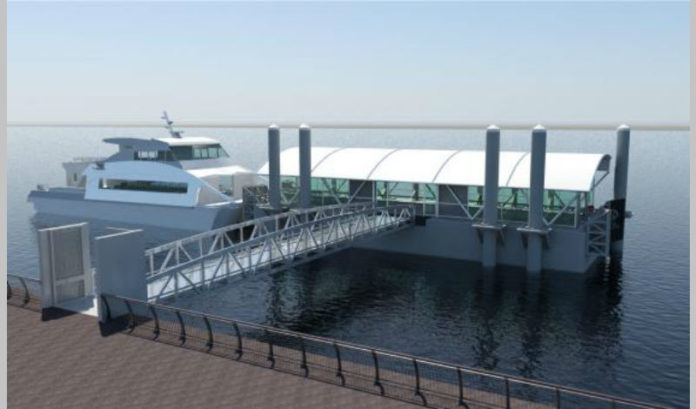 The City of Bayonne has received $650,000 in monies from the federal Passenger Ferry Grant to help pay for the construction of a new commuter ferry terminal at the former Military Ocean Terminal.

The new ferry terminal construction was announced earlier this year by Bayonne Mayor Jimmy Davis and U.S. Representative Albio Sires (D-West New York) after he secured a term sheet agreement with the Port Authority of New York and New Jersey.

“Commuter ferry service is a game changer for Bayonne and this federal grant is another step forward for our city towards a brighter future with millions in new tax revenue and an opportunity for our community to thrive,” said Mayor Davis. “I would like to thank Congressman Sires and his staff for their hard work in securing this grant funding. Our community’s future is looking better each and every day as we continue to move closer to creating the kind of city we’ve all dreamed that Bayonne could someday be.”

Bayonne is currently awaiting bids from private ferry operators after its city council voted in April to issue a request for proposal for the ferry program.

“Bayonne is finally experiencing the kind of renaissance that residents have waited a long time for and I’m very proud to be able to assist in that effort by securing this grant to help bring commuter ferry service to the city,” said Congressman Sires. “I have seen what kind of positive impact ferry service has had on communities like Weehawken, West New York, Jersey City and Edgewater and with the revitalization of the city being led by Mayor Davis and his team, Bayonne is a natural fit for this transportation option.”