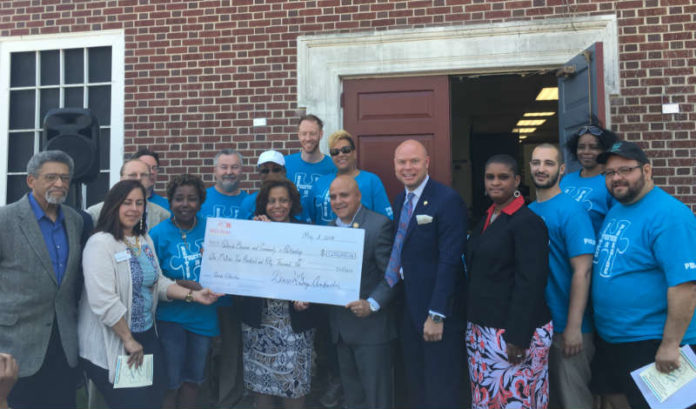 The funding will support a collaborative revitalization initiative, the nonprofit said in a news release, and represents the largest grant in the foundation’s history.

“PBCIP has been leading the revitalization of the Parkside neighborhood for over a decade,” Denise McGregor Armbrister, executive director of the foundation, said in a prepared statement. “It’s been a privilege to partner with them and the residents of the neighborhood as they continue to build toward their vision. We are excited about the many collaborative partners who have come to the table to take this work to the next level.”

The partnership’s plans include improving the Haddon Avenue streetscape, advancing housing conditions, creating a stronger retail and business corridor and other initiatives.

With support from the foundation, it has established the “Parkside Collaborative,” which brings together the Camden County Historical Society, Hopeworks ‘N Camden, the Latin American Economic Development Association and New Jersey Conservation Foundation, with PBCIP at the helm. The new group hopes to implement programs and strategies to bolster the Parkside neighborhood over the next five years.

“The Parkside neighborhood is a neighborhood that is rich in history and a true sense of community among its residents,” PBCIP Executive Director Bridget Phifer said in a statement. “Through the Better Together Parkside initiative, we are bringing the key stakeholders who have a vested interest in the success of this neighborhood to the table to help execute the residents’ vision for the future.”

Since its establishment in 1998, the Wells Fargo Regional Foundation has awarded more than $82 million in grants to more than 45 neighborhoods. PBCIP was founded more than 20 years ago and has helped in the creation of 149 units of rental housing and rehabilitation of 90 homes in the neighborhood.

Heated to a boil: Experts say N.J.’s merger market is on...

Fear a key customer will file for bankruptcy? Webinar will tell...