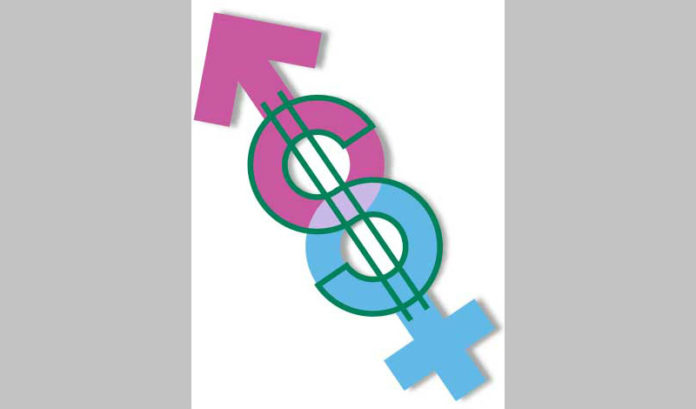 And that’s when lawyers and other top leaders in the state said businesses should have begun responding to the legislation.

The need to move quickly to understand — and implement — the new law was a sentiment that numerous professionals shared with ROI-NJ.

“Prior to the July 1, 2018, effective date of the new law, all businesses must start looking at their existing pay practices to ensure compliance, which includes a review of their job descriptions, employee handbooks and policies to determine which employees perform ‘substantially similar work,’ in order to ensure they are being compensated at the same rate,” they said.

It also means hiring practices should, and need to, change, they said.

“While there may be businesses that try to bypass the Equal Pay Act’s requirements by failing to hire or laying off employees prior to the effective date of the new law to avoid increases in salary, they will not escape claims of unlawful termination based on gender or any other protected characteristics under the New Jersey Law Against Discrimination,” Mastellone and Benz said.

Catherine Wells, chair of the labor and employment law group at Chiesa Shahinian & Giantomasi in West Orange, reiterated the need for employers to consult with their lawyers and respond as swiftly as possible to the new legislation.

“What this law does is put the onus on the employer to articulate the reasons why there may be distinguishing differences in wages,” Wells said. “Employers need to analyze their job positions, the wages paid, and I think what may be most important from a litigation standpoint are job descriptions. Are the job descriptions provided accurate, and do they demonstrate that certain positions are substantially different?”

“I already have clients who are reviewing their organizational structure and staff to make sure that there are, in fact, no wage disparities.”

The reaction is in response to the most sweeping equal pay legislation of its kind in the country.

Such employees must be paid the same rate as other nonprotected employees for “substantially similar work when viewed as a composite of skill, effort and responsibility.”

The penalty for not doing so can be severe, Mastellone and Benz said.

“In addition to the damages permitted under the New Jersey Law Against Discrimination for compensatory damages, back and front pay and punitive damages, the new law allows employees to recover triple damages should a jury, or the New Jersey Division of Civil Rights, determine that the employer is guilty of an unlawful employment practice as defined by the law,” Mastellone and Benz said. “This should serve as a powerful deterrent and encourage fairness in pay practices.”

“If, after performing their pay practice reviews, there are pay differentials, unfair or discrimination pay differences must then be corrected,” Mastellone and Benz said. “Or, businesses must be able to justify that differences are not based on sex or any other characteristic protected under the New Jersey Law Against Discrimination.

“This may include across-the-board pay increases, since decreases in salary are not permitted under the new law.”

Nancy Erika Smith, co-founder and partner of Smith Mullin in Montclair, said the law applies to both current and potential employees.

“If men are hired at higher salaries, then, yes, women will have to be hired at the same salary,” she said. “Who can disagree with that?”

Previous protectionary laws, including the federal Equal Pay Act, have not been as carefully enforced, Smith said, because many women often have been unaware of any pay disparities.

Michellene Davis, president of Executive Women of New Jersey and an executive with RWJBarnabas Health, said ensuring that women receive equal pay for equal work should not be controversial, nor should it be negotiable.

“Wage discrimination not only negatively impacts women and people of color, it also harms the economic progress of our state,” she said. “Data shows that, if New Jersey women received equal pay for equal work, the poverty rate for working women in the state would drop by half and the economy would grow by $16.6 billion, according to the Institute for Women’s Policy Research.

“We salute Gov. Phil Murphy, Lt. Gov. Sheila Oliver, Sen. Loretta Weinberg, the New Jersey State Legislature and all the organizations and leaders involved in the work to ensure that women and all New Jerseyans are paid what they deserve.”

The New Jersey Senate also has advanced S559, a bill barring public and private employers from asking job applicants about their salary histories, that Murphy also is expected to sign into law if it passes. In fact, as his first official act as governor, Murphy signed a similar executive order for state agencies.

“This will upend common employer pay practices,” Charles A. Sullivan, professor of law and senior associate dean for faculty and finance at Seton Hall Law School in Newark, said. “For example, it’s fairly common for employers to hire someone at a meaningful but small increase over prior salary. In a world where women are generally paid less than men, that means there’s a tendency to perpetuate prior discrepancies. This new law would change that.”

Sullivan recommends that New Jersey businesses begin preparing now for the probable adoption of both laws this summer.

“(Employers) should set what they’re willing to pay in advance and ensure that it is not more than current employees are making for equal work,” he said. “The employer would then be advised not to offer more if a male candidate refuses to accept because it is lower than his present salary.

“Employers only should do if they also are willing to raise the current compensation of those women (and other protected classes) doing equal work.”

To be clear, Sullivan added, there are a lot of situations where the new laws may not apply.

“If you are hiring for a C-suite position, for example, there won’t be anyone doing equal work,” he said. “And, in a lot of organizations, there are many employees who are the only person doing that particular job.

“But there are problems, even here, when successors are paid less than opposite-sex predecessors and the difference isn’t justified by, say, greater seniority or the credentials of the predecessor.”

Smith said the strengthened amendments under the new law is exactly what the New Jersey business climate has needed to address such wage and employment discrepancies.

“If you have no moral obligation to address (this issue), now the law will encourage you to do so,” she said.

Monetizing the R&D tax credit in food and beverage industry