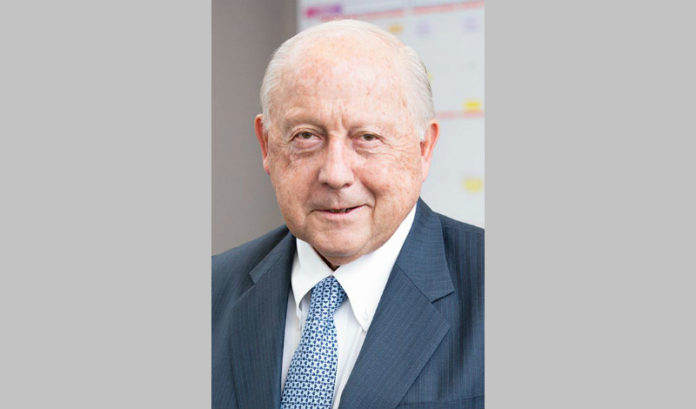 Jon Hanson, Steve Forbes and Joe Buckelew — titans in the New Jersey business community — were among those inducted into the New Jersey Hall of Fame at its 10th annual ceremony Sunday night at the Paramount Theatre in Asbury Park.

The three are among a group of nearly two dozen inducted at a ceremony that looked a bit like one suitable for the Rock and Roll Hall of Fame.

Among the other honorees were Steven Van Zandt, of Middletown, who is a guitarist with Bruce Springsteen’s E Street Band, Blondie lead singer Debbie Harry of Hawthorne; Disco queen Gloria Gaynor of Newark, who is best known for her karaoke staple, “I Will Survive,” as well as Frankie Valli, also from Newark, and his Four Seasons bandmates Bob Gaudio, Tommy DeVito, Nick Massi and Joe Long.

Hanson, the chairman and founder of The Hampshire Cos., has more than 55 years of real estate investment experience.

He not only was a close adviser to former Gov. Chris Christie, but to many in the industry.

He currently serves as chairman of Pascack Community Bank, director of Yankee Global Enterprises and chairman emeritus of HealthSouth Corp. and the National Football Foundation and College Football Hall of Fame. Previously, he was lead director for Prudential Financial Inc.

For all of his decades of success, Hanson often has said he is most proud of the pro bono work he has done for decades in an effort to help the state.

Buckelew is chairman of Conner Strong & Buckelew, which serves the insurance, risk management and employee benefits brokerage and consulting needs of clients throughout the United States and abroad. He has held prominent roles with this and predecessor companies since 1959.

As a lifelong Lakewood resident, Buckelew has served as Lakewood mayor, police commissioner and a member of its Township Committee, as well as on the Ocean County Board of Freeholders.

Forbes has been active in political circles as well, not only speaking out on issues but twice running for the Republican nomination for president of the United States (1996 and 2000).