Home Opinion Newark has real estate to handle big announcements, but does it have...
Facebook
Twitter
Linkedin 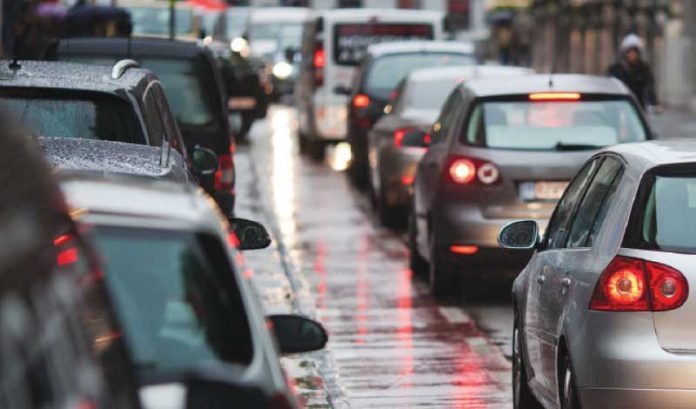 The announcement of the 2 million-square-foot mixed-use project next to the Broad Street Station is great news for the city of Newark.

It follows in the footsteps of Mulberry Commons, One Rector Street, One Theater Square, the restoration of the New Jersey Bell building — and dozens of other projects announced almost weekly.

And while they all are again making Newark a destination, the question needs to be asked: How are people going to get there?

Especially by what is still the transportation method of choice: the car.

I was reintroduced to the joys of McCarter Highway a few weeks ago, when I attended an event at the Gateway Center. Half an hour to go about two miles. Traffic backed up to the exit ramp on Interstate 78. And this was before 8 a.m. (I feel everyone nodding in agreement.)

Newark is at a transportation breaking point now. So, what would happen if Amazon does pick Newark?

The good news: People already are talking about the problem.

“Frankly, that’s been something on our radar for a long time,” Chip Hallock, the head of the Newark Regional Business Partnership, said. “When they expanded the northern part (of McCarter Highway), the issue was and is taking more property. You obviously can’t go east because of the train tracks, so you have to go west, and that would impact an awful lot of businesses.

“Neither the DOT nor the city at the time — this is going back five or six years ago — had the appetite or the budget, frankly, to look at taking those properties, because it would impact so many businesses. So, my understanding, to improve the signalization, some of the turning lanes, is the solution that we have to look for. I think that, and using technology, can help to move some of the traffic in and out.”

We know from city officials that a program to better synchronize the traffic lights is being implemented this summer. But that’s not going to solve the problem.

State Sen. Teresa Ruiz (D-Newark) said everyone needs to be involved in the solution.

“Even garbage pickup, for instance, we shouldn’t be doing that during prime traffic hours. These are things we have to look at major cities to see what best practices are — or develop a plan to diffuse some of the traffic.”

John Palmieri, the new deputy mayor of economic growth who has been asked to make transit and infrastructure a top priority, said you will see a united front.

“The big corporate guys understand how important it is for us to improve transportation, not just transit,” he said.

He warns, however, that there is no quick fix.

“Roadway systems, as many as there are in the city, the offramps and connectivity to the city is a problem, especially as the city grows,” he said. “There’s not a whole lot we can do in a city where roadways are built with very little room for doing more acquisitions — that can be complicated and expensive. McCarter needs widening, but it’s expensive and needs a lot of planning, it will not happen in the short term.”

It may have to be.

The city still has plenty of useable lots to attract any number of big-name companies. This issue is not going away.

Melanie Willoughby, the new executive director of the Business Action Center, summed it up best.

She even used the A-word.

“It is an issue that needs to be addressed if we are going to add more companies, like Amazon,” she said.

Energy & Utilities
ROI-NJ Staff -
December 1, 2022
We’ll spare you the trash-to-treasure line and just say this: Finding creative ways and new areas to create clean energy will be a key...

I went to a Donald Trump rally. It wasn’t what I...