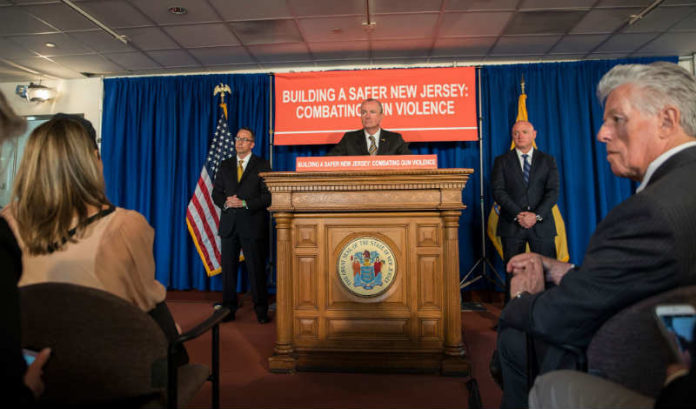 The room was silent after the movie ended.

The documentary on the shooting at Sandy Hook Elementary was that powerful.

I was one of about 100 people invited to the War Memorial in Trenton to get a sneak preview back in December 2016. It was roughly a month before the fourth anniversary of the event, an anniversary that would be marked by the release of “Newtown — What Remains After All Is Lost.”

Like everyone else, I was at a loss for words.

He directed everyone to the front of the room, where he was seated with director Kim Snyder, executive producer Maria Cuomo Cole and Mark Barden, who lost his son, Daniel, in the massacre.

And for the next half-hour or so, we discussed the issue in a way I never have before.

You can read my recap of the day here.

Yes, I’ve linked to my previous publication, NJBIZ, because the story deserves to be read again. And, when you read it again, try to find Castner’s name.

It won’t be in the story.

At the time, Castner said he didn’t want any credit for bringing people together to discuss an issue that is deeply meaningful to him. This wasn’t about him.

This was about creating a situation where people could come together to discuss the issue of guns in our society. He asked those of us in the room to host similar discussions.

He was hoping it somehow could prevent another tragedy.

On that day, no one in the room had ever heard of Stoneman Douglas High School in Parkland, Florida.

I caught up with Castner yesterday afternoon, a few hours after he was named a senior adviser on firearms to Gov. Phil Murphy.

Castner has served previous governors, worked for some of the top legislators in Trenton and at two of most respected companies in the state, Horizon Blue Cross Blue Shield of New Jersey and Gibbons P.C.

This job, however, is something different. It’s personal.

And he takes it feeling he has a real opportunity to make a difference.

“This is an important window in time in which public attitudes are changing toward gun violence,” he told me.

“We have a governor who his fully committed to making gun violence prevention a paramount issue.”

(READ MORE from ROI-NJ on Castner’s new job with Murphy.)

Murphy has been adamant on the issue. He campaigned aggressively on it — and getting someone of the stature of Castner to lead his fight shows the importance he puts on it.

As someone once famously told me, “You don’t bring in Bill Castner to finish in second place.”

Castner knows how to work the Legislature.

And he knows the limits of what legislatures can do on the issue — that was evident when Congress failed to pass any meaningful gun regulations following Sandy Hook.

He’s looking for other options, and mentioned Sen. Robert Menendez’s impassioned plea to the business community at this year’s Walk to Washington on March 1.

“Think about the power that exists in this room tonight,” Menendez said to the crowd. “When you speak, people listen. And when you act, others follow. It’s not enough to have public opinion with us. … We need Corporate America with us.”

Castner suggested he may be willing to go down that road, too. One where he presses governments and businesses throughout the state to consider how they can make an impact on the gun control issue by how and where and with whom they choose to invest their money.

“The window is now to try to take an aggressive and innovative approach with legislation, through using the state’s purchasing power and through trying to modernize regulations in order to try to combat this crisis,” he told me.

And if that doesn’t work, Castner will certainly try something else.

This issue is that important to him — one he’s going to go public on.

Because the last thing he wants to do is hold another private movie screening.