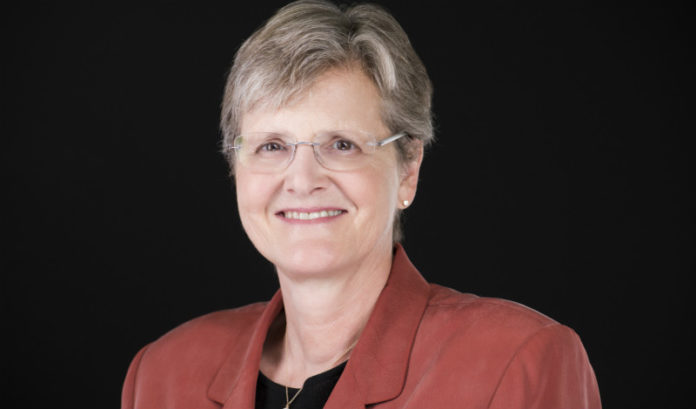 Gov. Phil Murphy’s recent appointment of two shared services czars in a bipartisan way is so two decades ago.

That is according to Gina Genovese, executive director of Courage to Connect NJ, who has been an expert on the issue for a decade.

Though the czars, Jordan Glatt and Nicholas Platt, are former mayors, Genovese believes the move is futile for the governor.

“Shared services have really run their course in New Jersey, they have made very little impact and I just don’t see a czar … that’s just really useless in 2018. In 1990, this would have been cutting-edge, but now it’s absolutely useless,” she said.

Genovese, former Democratic mayor of Long Hill Township and an independent gubernatorial candidate, has been an advocate of consolidation of municipalities in the state for years, and has been working behind the scenes in recent years — since the success of Princeton — with other districts around the state.

But the ultimate solution, she said, is a ballot vote to ultimately eliminate 300 school districts and consolidate towns and police departments.

“It doesn’t matter who is in charge,” Genovese said. “It’s been around for (more than) 40 years. You are never going to (address) the most expensive services, which are your police, your department of public works and your administrative (costs). Basically, it’s the courts, the animal control, it’s a health officer — it’s very-low-ticket items that are not going to make a dent in our property taxes.”

Govs. Jon Corzine and Chris Christie’s administrations made it a priority or in some way promised to lower property taxes in the state.

And, back a bit further, Gov. Christine Todd Whitman also made a little headway.

Part of the problem, according to experts, is that there is no one-size-fits-all solution for every city and town in the state, and the lack of political motivation to achieve consolidation — even where it makes sense — has stalled any efforts.

There are a few things to keep in mind:

These points are not new. New Jersey has been collecting data and analyses for at least the past decade as it wrestled with the idea.

Genovese said shared services have been tried by a number of municipalities, and it has either worked but with little to show for it, or it has been a disaster and bridges have been burned.

“They are not going to achieve any savings of magnitude that the taxpayer is going to feel,” she said.

Princeton remains the poster child for advocates, and, although it hasn’t halted property tax increases, it has earned the municipality the reputation of having the slowest rise in taxes in Mercer County.

Independently, some of the smaller towns in New Jersey have occasionally succeeded in holding the line on property taxes. But, usually, that is just for a single fiscal cycle.

Chad Goerner, former mayor of Princeton and current vice president and financial planner at UBS, said even slow growth is a positive.

“We never promised property tax reduction. We did have a reduction in the tax rate and then the slowest growth — that alone is enough evidence to say, ‘Hey, this works,’” he said. “We need to stop saying it is good or bad. Each town needs to find a solution.”

The key areas to look are school districts and police and fire departments.

(READ MORE from ROI-NJ on the shared services czars.)

Genovese said if every district agreed to consolidate to create a K-12 district and serve a greater population, which would spread the cost burden, at least 300 fragmented school districts would be eliminated in the state.

And that should be done by a ballot, because working with local governments hasn’t moved the needle.

“If you put this on the ballot … once the people vote for it, not one stakeholder or one lobbyist can come in and stop it,” she said. “If we look at problems in New Jersey, which are huge, and look at it piecemeal, we are never going to solve them.”

Lobbyists are as successful as they are in the state because it is so fragmented, Goerner said.

“The towns come in and panic and the League (of Municipalities) is on their side all the time. The league can tell me they are not afraid to lose members, but, really, they’ve never been on the side of consolidation,” he said. “Unfortunately, in this state, you need a carrot and stick approach.”

“Concern has always been top-down mandating,” he said. “Our request has been that czars act as ombudsmen in this capacity and try to identify what the obstacles are. Everything on Friday was about municipalities, but as you know the municipal portion of property tax is 20 percent statewide. (We) also need school districts and counties to facilitate. “

And, while school districts might be an easier lift, there is a lot of fear around touching the topic of civil servants.

“The political reality is in understanding there’s always defenders of civil service out there. We think reform is needed, but how far you go is another story,” Cerra said. “We ultimately would like to see municipalities have the ability to opt out.”

Especially because collective bargaining in the state is very strong, stronger than the earlier part of the 20th century, he said. That impacts the burden on taxpayers as well.

“We hope at least that there will be more flexibility in order to deal with some of these issues,” Cerra said.

But that may be a problem that is taking care of itself. Genovese said one new pattern she has noticed in the state is that police departments are, on their own, reducing in size.

How far that spreads remains to be seen.

Meanwhile, state Senate President Stephen Sweeney (D-West Deptford) reintroduced a bill in January that he has sponsored every session since 2010 on shared services.

The bill revives a now-defunct commission from Corzine’s administration, tasked with identifying which districts and municipalities should consolidate.

“Property taxes in New Jersey are the highest in the nation for reasons that are all too familiar,” Sweeney said in a February statement. “We are a high-income, densely populated, high cost-of-living state with an economy competing on jobs and salaries with New York City and Philadelphia. Adding to the complexity and difficulty is the fact that we have 565 municipalities, more than 600 school districts, 21 county governments and hundreds of authorities responsible for delivering government services. That’s why increasing shared services at the local level is so important and such a critical tool in controlling property taxes.”

But Goerner has concerns because, in past versions, the bill has excluded municipalities with existing shared service agreements from coming under the microscope of the committee.

“We are going to need another governor, or one who can stand up and face municipalities and the situation at hand,” he said.

Genovese echoed his sentiments, but believes the power is in the hands of the taxpayer.

“Does New Jersey want to be proactive now and try to circumvent the pension crisis, and the bankruptcies that can ensue, or are we going to wait until we hit the wall? We have 10 years, maybe, and we are digging the hole bigger. We are allowing charter schools now, which is fracturing more school districts, we’re allowing the proliferation of (payments in lieu of taxes) at the municipal level, where now mayors are making deals all over the place that developers can come in and just pay municipal tax and not school tax — we’re doing so many things that I believe are really unsustainable as a state,” she said.

“We’re bleeding money everywhere, every day in New Jersey. And, unfortunately, the taxpayer has to be the one to change that.”

Murphy on outdoor masking: It’s not about politics — it’s about...