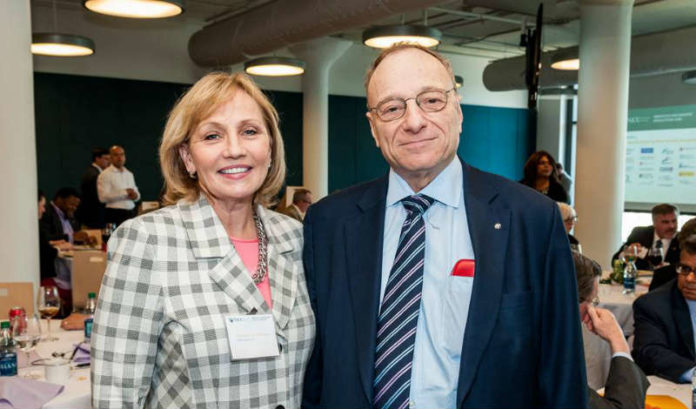 “‘Economics is the new diplomacy’ is not a false idea, nor is it ridiculous,” said Hank Sheinkopf.

He spoke to a crowd of about 50 about how the federal government has been handling diplomacy, and how economic ties have played a greater role than military might in recent years.

“We’re fortunate to believe that … rather than what happened seven or eight years ago, we’re able to resolve our problems that are economic by not going to war with each other but, instead, figuring out how to negotiate them, or (implement) new trade practices that may or may not be codified. That is the most extraordinary thing. That tells you a lot about the politics of confrontation. Even though we cannot agree in parts of the United States on very much, money still conquers all,” he said.

Knowledge-based economics is a key in changing the discussion. As more work is done virtually, taking significantly less time than physical travel for meetings, more can be produced.

That can turn globalization inside out because, along with increased automation, it could curb the need for cheaper labor overseas.

“Why would robotics require that you have a plant in Mozambique? In fact, the very opposite may be true. Those plants may be relocated here in the United States. Robotics means highly-trained, skilled labor forces,” he said.

And that means a new kind of factory setup and a new kind of labor force. Which could leave, studies have suggested, as much as 30 percent of the current labor force unemployed over the next 15 years.

Regions like the New York metro area are going to propel the economy forward because of their concentration of people — just like the move from farms to the cities in the 19th century.

(READ MORE from ROI-NJ about Kim Guadagno’s talk at the real estate conference.)

There also needs to be economic policy to address the changes that are coming, and political and economic leaders don’t appear to be motivated to do so.

“What do politicians respond to? Generally, fear. The pain and pleasure response? They respond to pain. I have not yet met anyone in politics who wants to get off the payroll. That’s not what happens. Especially in Hudson County. I know people who are on four pensions,” he said. “In order for politicians to be engaged, there has to be some kind of pain that makes them pay attention, or some kind of pleasure, which is getting re-elected.

“I don’t know what kind of pain is going to get them to pay attention. Especially places like New Jersey, which is over-governmentalized, for lack of a better term. There’s no central planning, these towns are all on top of each other — granted, for political reasons — and, frankly, entirely different agendas because they are run by different people, who like to stay in power. I’m amazed, quite frankly, that this has all worked so far.”

The biggest problem facing N.J. … and why it still isn’t...