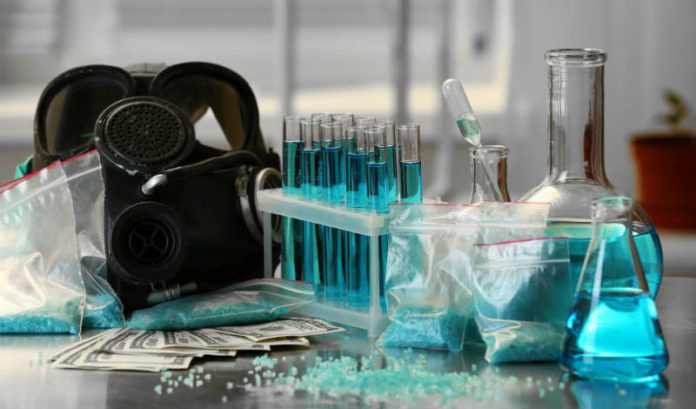 News flash: New Jersey has a drug problem — and it’s been increasingly affecting the workforce.

Quest Diagnostics revealed new data that shows significant jumps in positive testing for marijuana, heroin and methamphetamine in the past few years.

Since 2013, methamphetamine positivity increased by 150 percent for the region, which includes New York and Pennsylvania.

“Positivity for a metabolite of heroin is higher in New Jersey than the national average. The amphetamine positivity rates in New Jersey have also been creeping upwards in recent years,” a spokesperson for Secaucus-based Quest said in an email.

The national 4.2 percent is a dramatic increase from the 3.5 percent positivity rate from 2012, which represented a 30-year low, according to Quest.

“The analysis of 2017 data also suggests shifting patterns of drug use, with cocaine and amphetamines positivity surging in some areas of the country and marijuana positivity rising sharply in states with newer recreational use statutes. Prescription opiate positivity rates declined dramatically on a national basis,” according to a statement.

The range of overall positivity for New Jersey is 0 percent to 4.5 percent in most parts of the state, while Ocean County remained the highest, at 5.5 percent.

“It’s unfortunate that we mark 30 years of the Drug-Free Workplace Act with clear evidence that drugs continue to invade the country’s workplaces. Not only have declines appeared to have bottomed out, but also in some drug classes and areas of the country drug positivity rates are increasing,” said Barry Sample, senior director of science and technology at Quest.

“These changing patterns and geographical variations may challenge the ability of employers to anticipate the ‘drug of choice’ for their workforce or where to best focus their drug prevention efforts to ensure a safe and healthy work environment.”