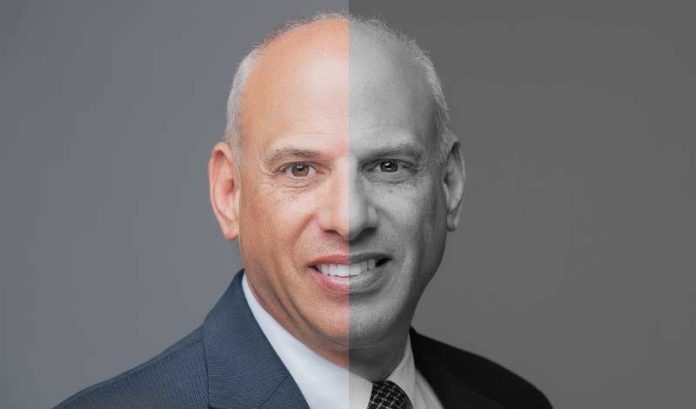 When real estate developers talk about public-private partnerships as if they’re old news, Greg Lentine just has to bite his tongue.

He’s something of a public-private partnership guru himself at the real estate firm PRC Group, which often puts him in the position of being surrounded by out-of-state professionals at national conferences who all tend to see these arrangements as passé.

“I heard one person say at one recent conference I attended that there wasn’t a state in the union that isn’t taking full advantage of them today,” he said.

Lentine knows that to be an overstatement.

New Jersey is in many ways an exception, according to Lentine, who is director of campus development and vice president for sales and marketing at his West Long Branch-based firm. And that’s not a result of there being a lack of interest.

That’s because several years ago a law expired that once allowed direct contracts between private developers and state colleges or county colleges — institutions that are commonly participants in cooperative engagements with industry. The expiration of this law, which there is now an effort to revive, left public-private partnerships as an option only in special cases.

Advocates of public-private partnerships have called this wasted potential, arguing that public colleges and universities in the state experienced major benefits from the potential of working closely with the private sector in the five or so years it was allowed.

The New Jersey Economic Stimulus Act of 2009, which lapsed after several temporary extensions, allowed schools to build new facilities on state-owned land, free of the risk that comes with construction and financing. The first of many projects to move ahead under the act was Montclair State University’s The Heights, a $211 million dormitory complex that was opened in 2011.

The second was The College of New Jersey’s $120 million mixed-use Campus Town development, which was developed by PRC Group. The firm followed the years-long project, one that the state Economic Development Authority touted as a model of public-private partnerships to be followed across the state, with a residential building in New Jersey City University’s $400 million University Place redevelopment project.

“And that was the very last project to go through under the now-expired act — and I know that because we got it in on the last day it was possible to do it,” Lentine said.

All that’s left now are exceptions that have been carved out for the state’s handful of research institutions.

Joel Bloom, president of New Jersey Institute of Technology, said the legislation that made NJIT a research university also enabled it to do public-private partnership contracts.

“It gives us a great amount of latitude,” Bloom said. “That’s extremely helpful for us.”

Before the Economic Stimulus Act opened the floodgates for state and county colleges to do public-private partnerships, NJIT was already working on the redevelopment of more than 20 acres of land in the University Heights area of Newark.

The Gateway Development Plan, as the project is called, was something NJIT envisioned to make the commute to the university more comfortable for students, faculty and staff, Bloom explained.

“Another reason, and one that’s really coming to fruition now, is that we knew Newark would start to develop sooner rather than later beyond what it was,” he said. “As a part of the city, we’ve got an interest in bringing that about, too.”

After the construction of an initial component, the $80 million Warren Street Village complex, the project is moving onto a three-phase redevelopment of plots along Dr. Martin Luther King Jr. Blvd., which begins with a 99-unit apartment building. PRC is also handling that development.

Meanwhile, local community colleges have none of the same potential for direct engagement with developers, despite these institutions belonging to a shared ecosystem — with smaller colleges often feeding into NJIT’s student population.

“We take a large number of transfer students every year from a wide array of county colleges, and they do an excellent job of preparing these students,” Bloom said. “As an example, the new president of Essex County College said he was coming to our May graduation this year. Since he was going to be there, I thought he should know how many students from our graduating class came through that college. And it was more than 90 students.”

But there may be some renewed hope for public-private partnerships to exist across the higher education institution spectrum — if a piece of legislation introduced earlier this year doesn’t fizzle out first.

An expansion of New Jersey’s prior public-private partnership program, which was vetoed previously by former Gov. Chris Christie due to his stated concern over wage and labor provisions, has been revived. The legislation, which was authored by Senate President Steve Sweeney (D-West Deptford) and Sen. Steve Oroho (R-Sparta), would allow public-private partnerships between private entities and local governments, state colleges and other public authorities for various projects, assuming the business takes on full or partial financial and administrative responsibility for the project.

The argument in favor of it is a familiar one: These arrangements don’t cost taxpayers a penny, Lentine said. He added that projects on state-owned university land often end up yielding income for the university and the state where none existed.

Michael McGuinness, CEO of the state’s chapter of NAIOP, a national commercial real estate trade association, said public projects done in direct relationship with the private sector also tend to be done in a more timely fashion and closer to projected budgets than otherwise.

“They’re able to do it right, too,” he said. “So, the state should make every effort to make this easier.”

McGuinness hasn’t looked closely at the state’s progress on facilitating public-private partnerships in comparison to its neighbors, but he also doesn’t doubt New Jersey has some catching up to do.

“It does appear to me that at least New York City has its act together more on a lot of the large projects, like the Goethals Bridge — projects of that magnitude,” he said. “They have the right components legislatively as well as the funding for projects to proceed without delay. I don’t believe we’re as far along.”

Lentine’s hope is that local policymakers have been convinced enough by the economic development merits of past public-private partnership projects to do more to encourage them in the future.

“Through the Campus Town project alone, the chain of construction created thousands of jobs; and we even just signed a lease for a restaurant that’s going to hire 100 people,” he said. “This sort of thing could be happening everywhere. There are plenty of colleges wanting to get involved, and they want to do it now; so, I don’t understand why there isn’t more of an urgency to talk about it.”

The public-private partnership with the brightest spotlight on it might be the planned New Brunswick Performing Arts Center.

The $172 million redevelopment is seen by many as today’s most impressive public-private partnership on the New Jersey stage. Expected to open next year, the 23-story facility will host a pair of theaters, several rehearsal studios, office space and residential units.

Behind the project is a diverse cast of public entities and business interests, including Rutgers University, which has the same flexibility to partake in public-private partnerships as other research universities.

Michael McGuinness, CEO of NAIOP’s New Jersey chapter, had nothing but praise for it.

“There’s just an amazing amount of agencies involved in this build-out of a cultural center,” he said. “The capital that they’ve put together and the way everyone has converged to make this project happen has been an amazing story. To me, that’s a great example of what can be done with these arrangements.”

Reach Greg Lentine, director of campus development for the PRC Group, at: glentine@prcgroup.com or 732-222-2000.

Career Classroom: On the job, high school students get more than...