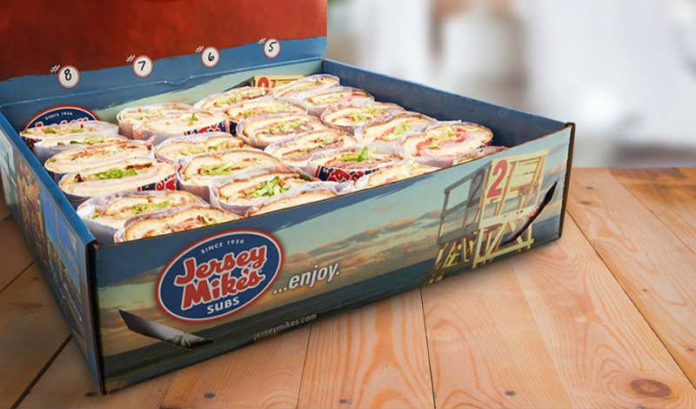 When you think of Jersey Mike’s, you probably think of subs, and not real estate. But the Manasquan-based sandwich chain is bolstering its real estate team to help it continue a rapid growth pattern, it announced recently.

Rickle and Williams will support efforts to find prime real estate for new store locations for franchisees in their regions, as part of a nationwide push.

“Our goal in 2018 is to continue the explosive growth and momentum that Jersey Mike’s experienced last year,” Senior Vice President of Real Estate Mike Parkhill said in a prepared statement. “As our brand continues to saturate the U.S., we’re energized to add two talented and knowledgeable industry vets like Paul and Cortney to the team.

“We are focused on securing 300 quality sites for our franchise partners in the coming year.”

Rickle has spent the past six years with Lakewood-based Paramount Realty Services Inc. as a leasing agent, specializing in work with new franchisees and regional tenants in New Jersey.

Earlier this year, the company added a pair of senior franchise sales executives to aid in franchise development nationwide, it said. The most recent hires will complement the additions of Stephen Sweetman and Corby Cronin to the staff.