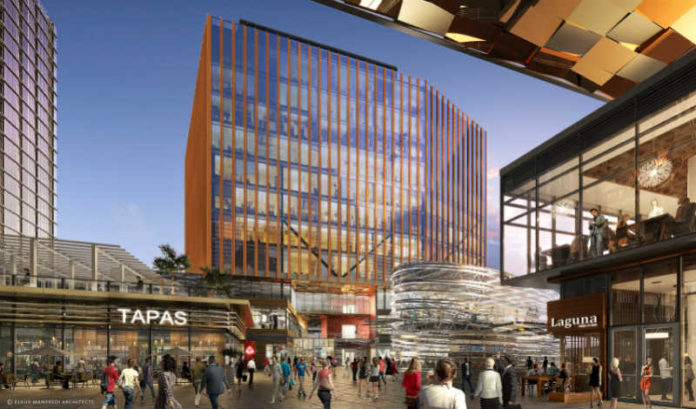 The New Jersey Economic Development Authority on Friday said it has approved actions that will advance Gov. Phil Murphy’s goal of bolstering the state’s innovation economy.

First, the EDA authorized a formal agreement with the New Brunswick Development Corp. to advance development of “The Hub” project in the city’s downtown.

“Today, New Jersey is taking another step forward in recapturing its reputation as a hub of innovation,” Murphy said in a prepared statement. “The actions taken by the EDA will help grow new, innovative companies, advance new ideas and generate new economic opportunities for our state.”

The Hub, in the works for years, got a boost from Murphy back in March, when he announced the state would throw its weight behind the plan for the mixed-use development project across from the train station.

“A successful innovation economy requires strong public-private partnerships and a focus on talent, capital and real estate,” EDA CEO Tim Sullivan said in a statement. “Through today’s actions, the EDA is helping to advance this vision to reclaim New Jersey’s leadership in innovation.”

The Hub will include business incubator and research space, as well as academic research facilities and corporate tenants. Friday’s action provides for a preliminary assessment and strategy for development, including a review of existing plans and development of high-value propositions and partnerships. The assessment, which would inform the final development strategy, will be jointly funded by Devco and the EDA.

(READ MORE from ROI-NJ on Murphy and The Hub.)

In another action, the EDA approved a $2 million limited partnership investment in the Edison Partners IX fund, which was formed in 2018 to support growth-stage software and technology companies, with revenues between $5 million and $25 million and employment of approximately 40 to 50 people.

Past Edison funds have invested more than $200 million in 45 New Jersey-based companies, creating more than 3,400 jobs. The EDA has invested in five of those funds.