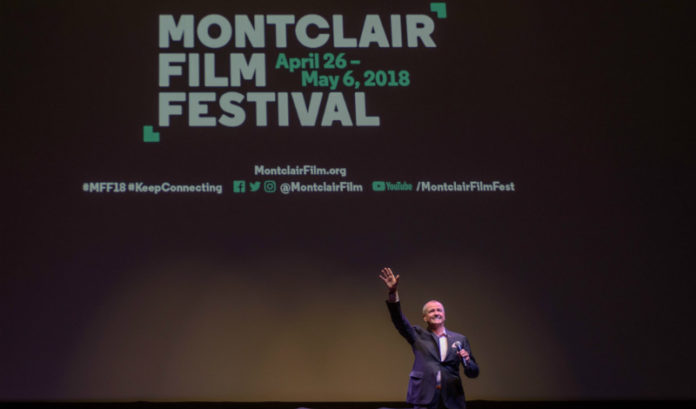 The time is right for the Garden State Film and Digital Media Jobs Act.

So said Tom Bernard, co-president and co-founder of Sony Pictures Classics, a current member of New Jersey’s film commission and resident of Middletown.

Bernard said there currently is an overflow of projects and dwindling available studio space in New York City.

“There is a television series that wants to come and film in Newark, for example, because it is about Newark,” he said. “And Jim Stern, producer and director, can’t wait, because he needs a casino location in Atlantic City.”

Earlier this month, Gov. Phil Murphy announced at the Montclair Film Festival that he intends to sign into law the Garden State Film and Digital Media Jobs Act, which would bring back incentives for production companies to shoot here.

And not just those looking for specific New Jersey locations.

Bernard said the state’s ability to represent any type of area makes it prime location for Hollywood.

“New Jersey is uniquely positioned for the best-case scenario in that you can shoot in a city like Newark and shoot in the mountains of Montclair the next day to make it look like your actors have been in a remote area,” Bernard said. “That is very easy to build into your shooting schedule and an easy way to keep costs low.”

New Jersey also has multiple vacant spaces and buildings that are woefully underutilized, he said.

“Fort Monmouth, for example, is a huge facility with huge spaces that can be used for studio space and building sets,” Bernard said. “It is just sitting there, waiting for something to happen.

“New Jersey also is in close proximity to both New York and a selection of diverse locations, with the advantage of avoiding overtime restrictions that can be imposed for those traveling too far from their home base.”

The biggest question, Bernard said, is how quickly Murphy will sign the legislation.

Bernard said it would be great if the tax credit were to be included in the most recent budget, as production companies are just now beginning to scale up and scout locations.

“The film and television industry is a very mobile one,” he said. “Production companies will go where their money will go the furthest.

“The business will then come in like a riptide.”

John Schreiber, CEO and president of the New Jersey Performing Arts Center in Newark — which boasts one of the best shooting stages in the tristate area — said he, too, is eager to move forward.

“We work with PBS, Netflix, HBO, Comedy Central — all of these people who want to be in New Jersey — and, now, there are more conversations to be had about what we can do together,” Schreiber said.

“We already are having conversations with producers and production houses that we were not having a month ago based on the reality of this tax credit.”

Those in the business say there is a long-term benefit as well.

The tax credit would help train the next generation of filmmakers, Barbara Hennessy, senior vice president of production at Tribe Pictures in Chatham, said.

As a small production company that focuses on creating internal and commercial content for high-profile CEOs and colleges nationwide, Hennessy said Tribe is excited to explore potential apprenticeship opportunities for its youngest talent.

“Any incentive to attract more film production business to the state is helpful to the production community that already is here, as it provides training and inspiration for the next generation of professionals,” she said.

“Plus, with each (project) that is made here, it is more likely that another producer, location scout or production designer will come back and recommend New Jersey for the next one.”

Executives (national and global companies) ROI-NJ Staff - February 7, 2023
Albert Salama Founder and CEO Sabert You may not be familiar with the billion-dollar food packaging solutions firm based in Sayreville — or that it is an...