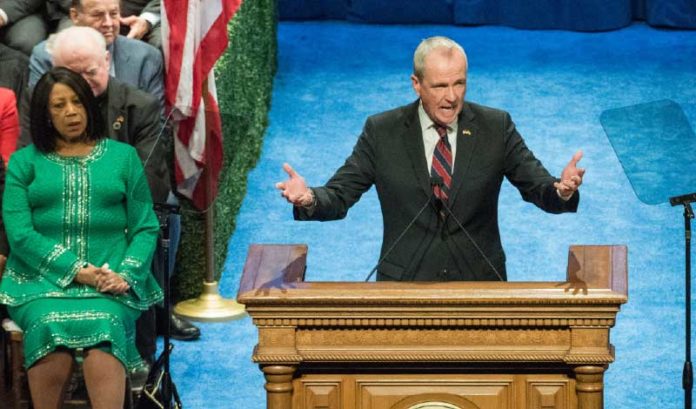 The decision by the U.S. Supreme Court to allow sports gambling was meant with almost universal approval among New Jersey politicians Monday.

“I am thrilled to see the Supreme Court finally side with New Jersey and strike down the arbitrary ban on sports betting imposed by Congress decades ago,” Gov. Phil Murphy said.

“New Jersey has long been the lead advocate in fighting this inherently unequal law, and today’s ruling will finally allow for authorized facilities in New Jersey to take the same bets that are legal in other states in our country.

“Today’s victory would not have been possible without the incredible bipartisan effort from so many in our state, particularly former Gov. (Chris) Christie and former state Sen. (Ray) Lesniak. I look forward to working with the Legislature to enact a law authorizing and regulating sports betting in the very near future.”

The Supreme Court, in a 7-2 decision, paved the way for legal sports betting in New Jersey by ruling the 1992 Professional and Amateur Sports Protection Act, or PASPA, is an unconstitutional regulation of state government.

Here’s a look at how some politicians reacted:

Assembly Speaker Craig Coughlin (D-Woodbridge) said it was a great day for fairness:

“This ruling affirms what we’ve long believed — that the federal law was unconstitutional and detrimental to our state, while encouraging illegal sports gaming to flourish,” he said in a statement. “I thank the court for giving this case due diligence and doing the right thing.

“New Jersey stands ready to implement well-regulated sports gaming that will bring in much-needed revenue to our state budget. This will be a meaningful boost to our state economy. It will create more jobs and economic development in Atlantic City, which is always good news for the rest of New Jersey. It will also have the added benefit of helping minimize illegal activity, which of course is always a good thing.

Assemblymen Vince Mazzeo and John Armato (both D-Northfield) said the ruling will be a boon for business in Atlantic City and its surrounding areas:

“The favorable Supreme Court ruling on sports gaming will significantly boost the economy of Atlantic City, Atlantic County and New Jersey as a whole,” Armato said. “It will create jobs, encourage tourism and increase participation at our casinos and sports venues. With today’s ruling, New Jersey’s economy has taken great strides in the right direction.”

“The legalization of sports gaming opens a window of ample opportunities for our state,” he said. “It also creates a safe and legal relationship between fans and professional sports organizations.

“Bringing structure and oversight to sports betting will help to create an enjoyable activity for our citizens and, at the same time, increase our economic climate greatly.”

“The timing could not be better. Atlantic City has seen major growth over the last year, with two new casinos opening next month and online gaming revenues rising. Thanks to today’s Supreme Court decision, we can add regulated sports betting to the list of Atlantic City attractions fueling a comeback. This is something the majority of New Jerseyans said they wanted, and, now, thanks to this decision, will benefit from, as additional funding will be available for social programs that are critical for our residents.”

Assembly Minority Leader Tom Kean (R-Westfield) said New Jersey (and other states) can now compete on an even playing field:

“Now that it’s clear that New Jersey’s law is legal, I fully expect sports wagering facilities to open quickly,” Kean added. “This new opportunity will give our casinos and racetracks a real boost.”

“I’ve been talking to my fellow legislative leaders and the governor’s office about the potential for this ruling and stand ready to take whatever action, if any, is necessary to implement legalized sports gaming in our state as soon as possible. This is nothing but good news for New Jersey. I’m excited at the potential benefits for our economy and our taxpayers.”

Former Republican state Sen. Joe Kyrillos said the impact will be felt outside of Atlantic City:

“Today’s Supreme Court ruling is a huge win for New Jersey. Legalizing sports betting will create countless jobs, revitalize our horse industry and boost tourism for the areas surrounding our struggling Monmouth Park. As a sponsor of the original bill to legalize sports better, I’m thrilled to see this long battle end with a victory for our state.”

Only in Jersey: Political squabble over efficiency of efficiency programs