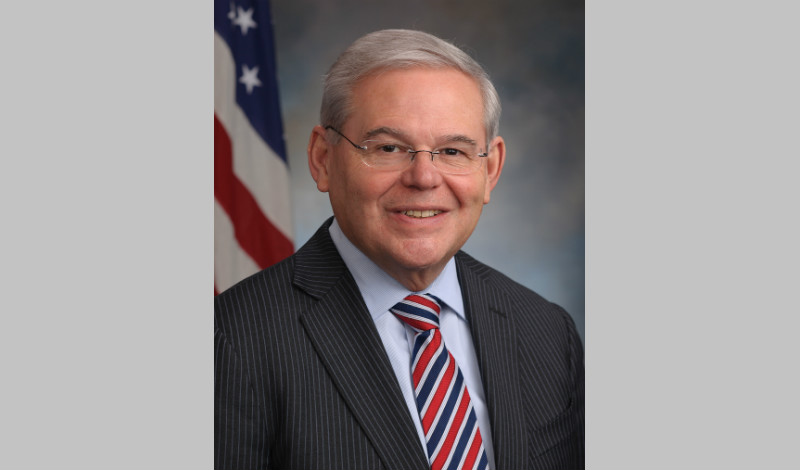 Sen. Robert Menendez and several New Jersey small business owners rallied for the passage of a resolution, set to be voted on Wednesday in the Senate, that would reinstate Obama-era net neutrality rules.

The repeal of net neutrality, set to go into effect June 11, was approved by the Federal Communications Commission in December.

Opponents say the repeal will transform the internet from a level playing field into a landscape of winners and losers, with the potential threat of internet service providers throttling traffic through their network.

Defenders say a little internet control can be helpful and the ISPs should be allowed to package access at different levels, just like any other industry — especially in light of recent privacy concerns from some bad actors.

“A free and open internet isn’t a luxury,” Menendez (D-N.J.) told the small crowd at Kearny Point, a business incubator in Kearny.

“For many of the businesses here today, a free and open internet has been their launching pad to their success.”

“An open internet is the great equalizer that lets the smallest of startups openly compete with the largest corporations without having to pay for priority access online, ” he said.

Imran Ali, chief operating officer of HotSpot Got, said that, if he and his three partners were charged extra for the privilege of faster internet, their business would suffer.

Kushal Choksi, with Elements Truffles, said 20 percent of the company’s chocolate sales are from the internet.

And as more customers turn to online shopping, a lag-free experience is key to gaining their trust and loyalty, he said.

“(The burden) will trickle down to us,” said Alcides Aguasvivas, Pix-l Graphx co-owner.

In light of the recent Cambridge Analytica issue, there are those who would cite privacy concerns as a reason for throttling traffic.

“There’s nothing that guarantees that internet service providers, just by charging more, provide greater privacy at the end of the day against those that would (maliciously) use the internet,” he said. “Whether that’s trolling, whether that’s bots or Russians.”

The resolution needs a simple majority and has the support of 49 Democrats and Republican Sen. Susan Collins, according to Menendez.

The House of Representatives, where the bill will go to if it passes the Senate, does not yet have enough votes.