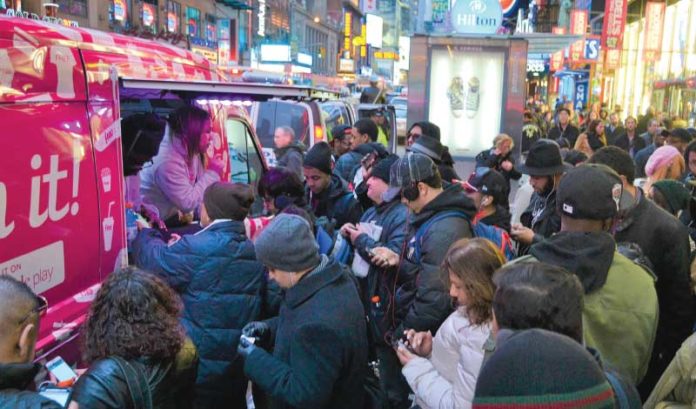 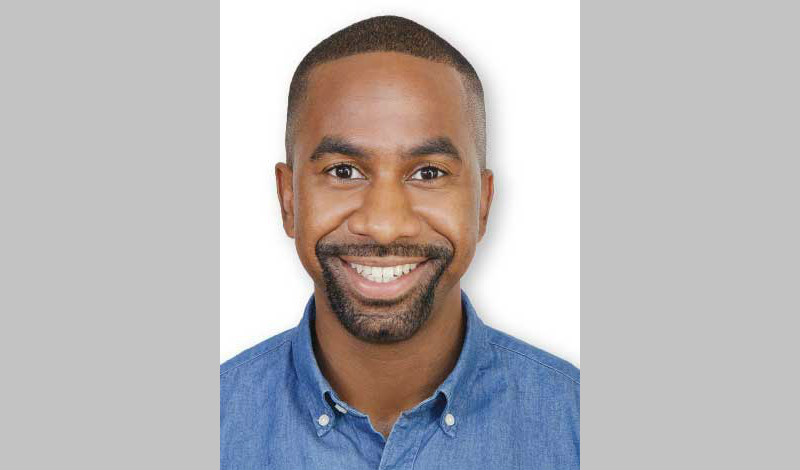 Ali Gates, co-founder and CEO of Claim it! – Claim it!

Spectators typically attend sporting events for the love of the game.

Coming home with “swag” is simply a bonus — especially for the team.

“Whether it’s the National Basketball Association, the National Hockey League, the National Football League or other, sports teams especially do a good job of figuring out ways to interact with and reach the customers in the seats that are purchasing tickets and items at the concession stands,” Ali Gates said. “Allowing people to participate in exclusive offers encourages them to create some type of bond and trust with the team.”

Gates, co-founder and CEO of Claim it! — a Newark-based video- and chat-enabled social marketplace — said his mobile application makes it that much easier for brands and businesses to connect with and reward their fans.

“Just last month, the Sacramento Kings and the Charlotte Hornets all used the Claim it! app during games, raffling off merchandise, opportunities to meet players and chances to come out on the floor and shoot basketballs,” Gates said.

“We allow users to create a buzz for themselves this way.”

The app has been a long time coming, Gates said.

“I’ve been coding since my junior year in high school and always have been interested in software development,” he said.

The seed for the idea was planted in his mind, Gates said, when companies sent him free products to give away at events.

“I wanted to create an app that would connect people and brands who not only want to give away free stuff, but also buy, sell and interact with each other,” he said.

However, to keep himself and his family financially afloat, Gates instead accepted an engineering position with the New York City Department of Education.

“I still wanted more out of my life and of my job, though,” Gates said.

At 22, Gates decided to quit his job with the city before a contract for his next position, as a web applications engineer with the Clinton Foundation, was firmly in place.

This resulted in a short period of homelessness, Gates said, but he was intent on moving forward.

Gates began teaching computer science at the City College of New York and through the South Bronx Overall Economic Development Corp. before he received a job offer as a senior product manager at Google.

“I was very happy with that job and certainly took advantage of my time there, learning more about company culture, product management, implementing new features and more,” Gates said.

“I took all that and ran with it so that, when I met my co-founders, I was ready to start a new company.”

Though Claim it! has been in development since 2014, the company was not officially created until May 2016.

“We were the first to introduce video capabilities to the social marketplace, in comparison to our competitors like Letgo, OfferUp or even Craigslist,” Gates said. “People can search locally for what they want to buy and chat directly with sellers, while the video content provides even more creditability and legitimacy to the transactions.”

The social marketplace allows users to showcase their content creation skills while buying, selling and giving away whatever they like, wherever they like, through 30-second video posts and photos.

Claim it! also works with brand partners to help create real-time giveaways and deals with countdowns.

“A brand or an individual can tag their location, record a video and make an offer available to people in that zone,” Gates said. “All users have to do, then, is enter a PIN number to gain access to that offer, which typically has a countdown that the brand or individual decides upon.”

(READ MORE from ROI-NJ on the Claim it! app.)

The concept may seem complicated, Gates said, but the app is quite simple to use.

“Most people say that we are like Snapchat meets eBay,” he said.

The app was an initial success.

Claim it! became the first African-American-founded company to present at the Consumer Electronics Show in Las Vegas, in 2016, and attracted early investors such as Thaddeus Young, a forward for the Indiana Pacers, and Stephen Sadove, former chairman and CEO of Saks Inc.

“We were doing well, but the app was still hyperlocal,” Gates said. “We only were able to use the app in New York City at that point.”

Gates said he began discussing the app with Wisniewski at a conference where they were both speaking.

The Claim it! truck, a mobile customer acquisition tool that travels and gives away free stuff from branded partners, was on site.

“I showed him how easy it was for the 200 people already at the truck to use the app, and suddenly, it all made sense to him,” Gates said. “He then said that he and his company typically try to fund companies in the area who have an interest in building out a team in Newark.”

Gates said he told Wisniewski he was in luck.

“I said to him, ‘Hey, guess what — we’re bringing on David Blitzer, partial owner of the New Jersey Devils, as an investor,’” Gates said. “And Tom said, ‘He’s one of the biggest investors in our fund!’

“It was a great synergy.”

“Then we joined the accelerator and began making trips from Manhattan to Newark,” Gates said.

And when Gates moved from New York to Newark, so did Claim it!

The company currently has 11 employees and is fast growing.

“We will begin rolling out a revenue model in the coming months,” Gates said. “We think in-app advertising is going to be the sweet spot for us.”

The Claim it! app is available for free in the Apple App Store and will soon also be available on Google Play.

“With the rollout of our Android app this summer, we believe it will take Claim it! to a whole new level,” Gates said. “We now have a strong active-user base, with more than 152,000 users every day — which makes up a little under a third of our total user base.

G3 Esports teams up with Comtrade Gaming on accounts, infrastructure