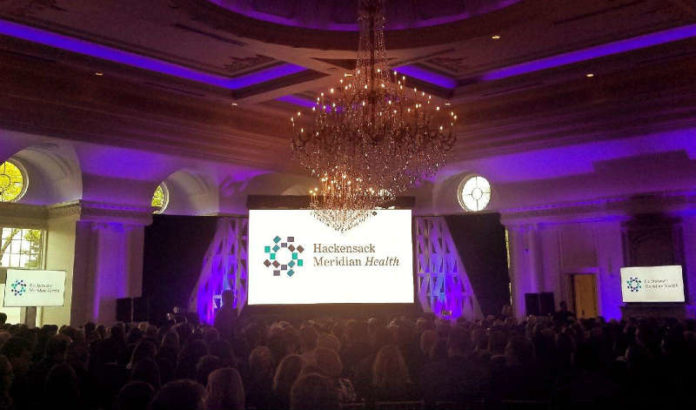 Hackensack Meridian Health recapped 2017 and some of its biggest announcements Wednesday evening at its annual event in East Brunswick.

“We are proud to stand in front of you today to tell you that 2017 was a year filled with tremendous results,” co-CEO Robert Garrett said.

The health system has been growing at a fast pace in the past few years, between mergers and major partnerships or other acquisitions.

Here are just some of the most recent moves the health system is making:

Co-CEO John Lloyd told the crowd that everyone in the organization deserves praise.

“We have proven ourselves to be a well-orchestrated organization,” Lloyd said. “We could not have done that without our board members and dedicated team members.”

That includes reductions in emergency room visits and success in a new kind of cancer immunotherapy developed within the health system.

HMH announced it has plans to do even more.

Two grants have been awarded from the health system’s $25 million innovation fund to two entrepreneurs who were selected from 40 candidates.

This is part of the process of what the system is calling its Bear Den at the Innovation Institute, “Because ‘Shark Tank’ was taken,” Garrett said.

(READ MORE from ROI-NJ on John Lloyd’s retirement and the Lyft partnership.)

The second is a small device that dispenses the proper dose of medication at the right time and allows patients to talk to their physicians via videoconference in their homes.

In addition, the system anticipates opening a jointly branded and operated outpatient center with Memorial Sloan Kettering in 2019.

Health system officials say they have been focused on a diversified portfolio of business and work, including working with pharmacy clinics, awareness programs in partnership with the New York Giants, partnering with CityMD for urgent care centers and a groundbreaking partnership with national cancer brand Memorial Sloan Kettering.

Also announced at the annual event were some personnel changes, including Lloyd’s anticipated retirement at the end of the year and the promotion of Ray Fredericks, former JFK Health CEO, to president of the Central Region for HMH, which includes the former JFK operations as well as the Raritan Bay and Riverview hospitals.