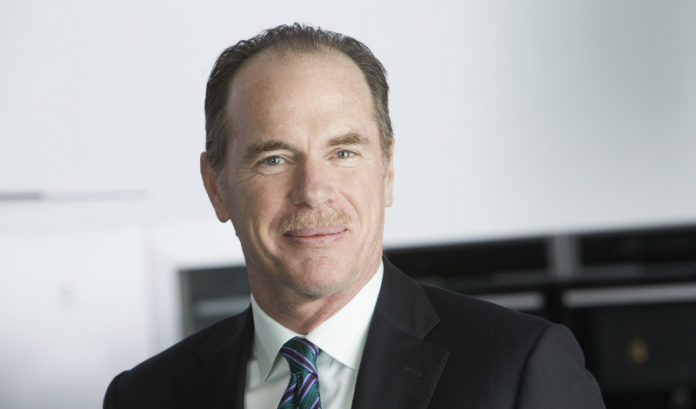 McLoughlin, 61, has been a Campbell board member since 2016. He replaces CEO and President Denise Morrison, who announced her retirement Friday morning, effective immediately.

Les C. Vinney, chairman of the board at Campbell, said the company was fortunate to have someone of McLoughlin’s stature available to take over immediately, facilitating an orderly transition in management.

The board will begin a search for permanent CEO immediately.

“We are fortunate to have on our board a talented and experienced business leader in Keith who is prepared to step into the CEO position on an interim basis,” Vinney said in a release. “Keith is deeply familiar with our strategy, our team and our brands, and we are confident in his ability to lead the company during this transitional period.”

McLoughlin said he welcomes the opportunity.

“Having been a director and observing the company over an extended period of time, I know where Campbell has been and where it’s headed, and am excited to lead the company as we continue to work to increase value for all our stakeholders,” he said in a release. “I am eager to begin working with our talented team as we strive to accelerate our growth strategy, improve our execution and deliver shareholder value.”

McLoughlin was CEO and president of Electrolux AB, a global manufacturer of major household appliances, from 2011 until his retirement in January 2016.

McLoughlin announced his retirement shortly after General Electric walked away from a $3.3 billion agreement to sell its appliances business to Electrolux.

The deal, which would made Electrolux the biggest appliance maker in the world (ahead of Whirlpool) was facing opposition from antitrust regulators, according to a report by Reuters.

Between 2004-07, he also served as head of major appliances Latin America. From 2009-11, he served as chief operations officer and executive vice president.

McLoughlin graduated from the United States Military Academy at West Point with a Bachelor of Science in engineering. He is a member of the board of directors at Briggs & Stratton Corp. He has served as an independent director on Campbell’s board since 2016.