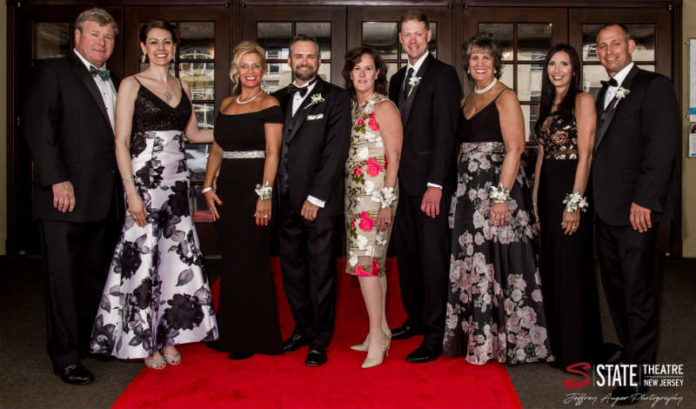 Talk about a celebration!

The State Theatre New Jersey raised more than $500,000 for its renowned artistic, education and outreach programs at its annual benefit gala last week, featuring the band Kool & the Gang, the funk, jazz and soul band formed in Jersey City in the 1960s that has influenced more than three generations of musicians.

“We were thrilled to have a Grammy Award-winning band from New Jersey as our benefit gala performer this year,” John Fitzgerald and John Reissner, co-chairs of the State Theatre New Jersey Gala, said. “It was a remarkable evening in support of the State Theatre’s mission of providing arts education programs to inform and build future audiences. We want to say thank you to the gala committee, board, staff and volunteers for their extraordinary dedication in making this event one to remember!”

The cocktail, dinner and dance receptions were held at The Heldrich Hotel, while the performance was held at the not-for-profit performing arts center in New Brunswick.

State Theatre New Jersey also recognized this year its Patron honorees, Douglas and Diane Garback of The Garback Agency; its Corporate honoree, Bank of America; and its Leadership in the Arts honoree, Betty Wold Johnson, a longtime philanthropist in the New Jersey arts scene and mother of Robert Wood Johnson IV, who owns the New York Jets football team.

After serving the local community for more than 30 years with Prudential Financial, the owners of The Garback Agency in New Brunswick now help guide clients in their own personal financial wellness goals.

“Supporting the arts through State Theatre New Jersey has been a passion for both of us over the years,” Doug Garback, owner of The Garback Agency, and Diane Garback, agency operations manager at The Garback Agency, said. “Donating our time by serving on various committees has been a way of giving back to our local community as we truly believe charity begins at ‘home.’ Donating through gifts, along with matching gifts by Prudential, was equally as important to us for the future sustainability of the theater.”

“Doug and Diane are true champions of the arts, and we are proud to honor them at this year’s State Theatre benefit gala,” Scott Fergang, chair of the State Theatre New Jersey board of trustees, said. “Their generous donations, dedicated work on gala committees and, of course, Doug’s role as a State Theatre trustee, including his years serving as chairman, have meant so much to this organization.”

“We are proud to call State Theatre New Jersey a partner,” Robert Doherty, New Jersey president of Bank of America, said. “Our support of the arts reflects our belief that the arts matter. They help economies thrive, help individuals connect with each other and across cultures, and educate and enrich societies.”

“We are thrilled to honor Bank of America at this year’s gala, for their support of the arts throughout New Jersey has a tremendous impact on the region,” Fergang said. “As a steadfast partner of State Theatre New Jersey, Bank of America upholds our mission to present programming from around the world that delights and inspires our audiences — acts that reflect the rich diversity of our communities.”

It’s hard to say goodbye to a beloved local business like...