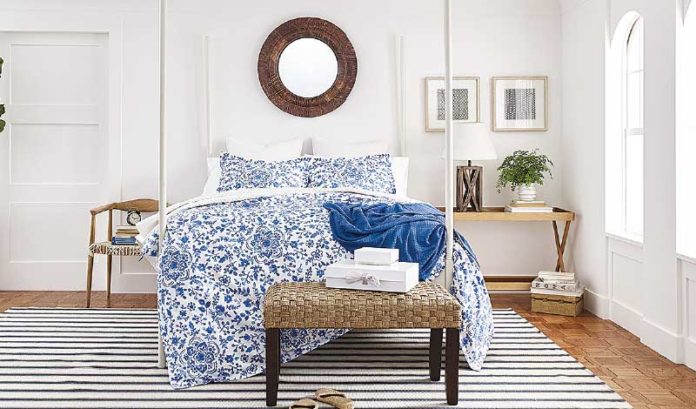 Boll & Branch, an organic and socially conscious luxury linens company in Summit, opened its first 2,100 square-foot retail store at the Mall at Short Hills in August — and closed it in February.

“It was a pop-up shop,” Scott Tannen, CEO, said. “The worst thing we could do is blindly sign a 10-year lease, so we’ll continue to create pop-up stores to test locations.”

A modified retail model, he added, will work very well for the Boll & Branch brand.

Not only will customers be able to learn more about what the company does (and who wouldn’t want to get a better night’s sleep while helping garment workers around the world earn above living wages in better working conditions?), but also, they now will be able to experience firsthand the enhanced quality of Boll & Branch products while learning how and why they are made the way they are.

Though Boll & Branch started by manufacturing just a few trim styles and colored eco-friendly sheets and pillowcases made from 100 percent organic hand-picked cotton (Queen, $240), the company has since expanded into additional fabrics, such as percale, flannel and linen, with multiple prints and designs; duvet covers and shams; blankets and quilts; crib sets; bath towels and robes; and pillows and duvet inserts.

In its first year in business in 2014, the company earned $1.75 million. Today, Boll & Branch — now the largest and fastest-growing consumer of fair trade organic cotton worldwide — is currently on track to earn nine figures.

“Ultimately, we do expect to have a Boll & Branch footprint in more locations than we had even projected, because our first location in Short Hills did so well,” he said. “However, we are being very methodical about making sure that rollout is correct.”

Each store, he added, is meant to be an experiential experience for customers rather than a traditional retailer that stacks products on shelves.

Instead, purchases are delivered to customers’ doorsteps the next day.

“The best part about our time at Short Hills was how close we could get to our customers and to people who had heard about our products, but wanted to be able to touch and feel them in a local environment,” Tannen said. “That also meant creating a high level of customer service, even hiring people extremely well-versed in interior design, so that, instead of worrying about using a cash register or stocking product, they could instead spend their time helping customers understand what a product would be like as a part of their life.”

Does being reviewed by Barstool Sports get you lots of new...