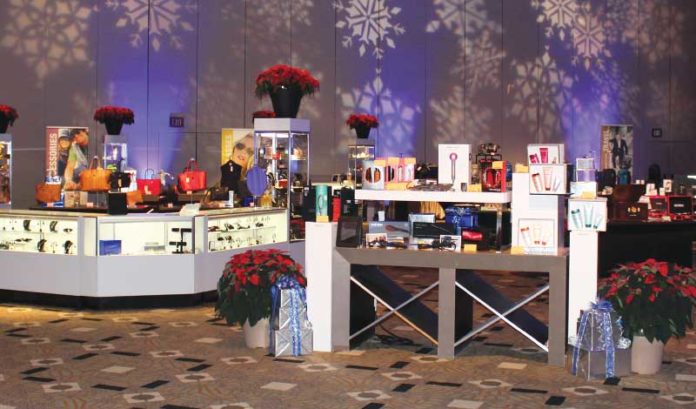 Paul Gordon was having a hard time finding a quiet place to talk with ROI-NJ. It was hard to blame him, though.

He was in Las Vegas.

As a top executive at Rymax Marketing Services, a loyalty marketing provider based in Pine Brook, Gordon spends a lot of time in Las Vegas, as casinos are one of the company’s top clients.

And that’s the reason why Rymax may be one of the companies in New Jersey that benefits the most from the recent decision of the U.S. Supreme Court to allow sports betting in all 50 states.

To turn a phrase, Rymax may have hit a jackpot.

Rymax, which handles a sizable chunk of rewards and incentive programs offered by businesses, has for almost a decade been growing a gaming division focused solely on casino loyalty programs. It now covers loyalty programs at most of New Jersey’s casinos. The prospect of introducing sports betting to the mix adds a new category to an  already successful line of business.

“The existing dollars going into underground sports betting is in the billions, so, even if that remains flat, which is inconceivable, it will be a sizable lift for our loyalty programs,” he said. “When people sit at a slot machine and put their player card in — that’s a way of essentially tracking or creating rewards for those players. (Sports betting) can be integrated into that. When bets are placed on sports, they can also accumulate points. Events can be created around this with things relevant to these activities.”

With a legalization bill introduced by state Senate President Stephen Sweeney (D-West Deptford) making its way through the State House, sports betting could get underway within as soon as several weeks in New Jersey. Monmouth Park already announced plans to become the first place in New Jersey to offer legalized sports betting, although when that will be is dependent on the bill’s timeline.

Gordon said he anticipated Monmouth would be out in front of this, but he also bets that Atlantic City’s casinos will follow close behind. The open field for sports betting in the Garden State happens to be timed with the June 28 opening of two casinos in the once-troubled gambling town, a Hard Rock location in the former Trump Taj Mahal and Ocean Resort Casino in the shuttered Revel building.

“Everyone is understandably excited and talking about Atlantic City and the breath of fresh air brought by those casinos,” he said. “But everyone is also asking about this 800-pound gorilla in the room, which is how do we get millennials into these casinos?”

This is where Gordon sees sports betting as being a game-changer. The high number of millennials carrying student loan debt — as well as other, less quantifiable factors — has largely kept millennials out of gambling establishments.

“But the truth is, they’re regularly betting on sporting events like the Super Bowl or the Final Four,” Gordon said. “It’s not like they aren’t involved in that already, so we can simply have them do it in a legal way while at the same time creating additional revenue for the state and casino businesses.”

For a company such as Rymax, there’s enormous business potential in working with casinos eager to draw in a demographic that has, so far, proved elusive. With sports betting on the table, casinos are finding a new reason to invest in attract this market.

Of course, Gordon expects legal sports betting will be a boon for much more than his company.

“The scale of this is tremendous,” he said. “It’s a multibillion-dollar industry that goes untaxed and unregulated.

“So, the reality is, we can create a huge tax revenue stream for the state just from bringing this out of the darkness and into the light. That will be a big benefit to the state’s citizens — if the state does it right, which, let’s face it, New Jersey doesn’t always.”

For the most part, he’s on the same page as the state’s legislators and Gov. Phil Murphy in terms of how to implement sports betting.

“And this is long overdue,” he said, echoing how Murphy and other state leaders have responded to the state getting the go-ahead on sports betting.

His hope is that the potentially substantial revenue generated by it is a benefit felt by Jerseyans.

“The funds should really be funneled into schools, infrastructure, job programs or simply offering some tax relief,” Gordon said. “In many ways, this extra money coming in should be nothing less than a phenomenal success story.”