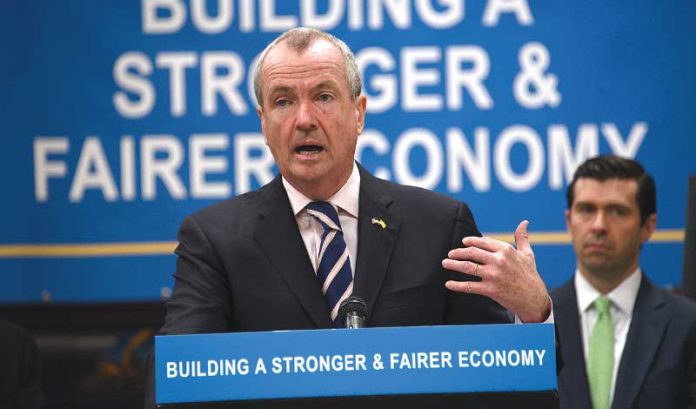 One issue former Gov. Chris Christie got right was the tough line he took with public-worker unions. Christie was wrong to demonize public workers — it wasn’t necessary, and it wasn’t fair. But the notion that the state must negotiate tougher contracts with public unions was correct. Virtually every analysis of the state’s financial problems has acknowledged that public salaries and benefits must be reined in.

And one of the things that worries us about Gov. Phil Murphy is the cozy relationship he has and clearly wants to continue with the public-worker unions. Murphy, of course, was elected, in large part, thanks to the support of these unions. But this relationship seems to go beyond the merely political — Murphy appears to be a passionate, diehard organized-labor man.

Problem is, this is not the early 1900s, when the Wobblies fought for workplace safety and fundamental fairness. New Jersey taxpayers have been more than fair with public workers, and few if any state workers need fear for their physical safety when they report to their offices each morning.

Recently, Murphy and the Communications Workers of America trumpeted a new, retroactive agreement with 32,000 state workers who have been working without a contract since July 2015.

Under the deal, the workers will receive two, 2 percent raises — one retroactive to August 2017, the other to go into effect this July.

Particularly notable is a provision granting qualified employees retroactive “step increases” that Christie froze after the previous contract expired. Step increases are automatic salary hikes based on the number of years an employee has worked.

Historically, the state continued to pay step increases when a contract expired without a new contract in place. Christie broke with that tradition. It was hardball. The move prompted a lawsuit by the union, but it sent an important message: The relationship between state government and the public-worker unions had to change.

That fight is over now. But this contract will serve as a template for future contracts. And, as we said, we’re worried. The new contract will expire in June 2019, and negotiations with the Murphy administration will begin anew.

Our point is not that the new agreement is a complete giveaway. The union agreed to withdraw its lawsuit. Workers who retired prior to April 4 will not have their pension payments recalculated based on the retroactive step increases; instead, they’ll receive a one-time payment of $650. And the union agreed to keep workers’ health-care contributions at current levels, even though the law setting those contributions has expired.

But initially Murphy couldn’t even tell reporters how much the new contract would cost taxpayers. It took a day for the administration to put the cost at $148.9 million, with $48.8 million to be applied to the 2019 budget and $100.1 million applied to the current budget.

Murphy and the CWA’s state director, Hetty Rosenstein, hailed the new contract, with Rosenstein saying it “finally closes the book on the Christie administration.” Here’s hoping Murphy keeps at least some pages of that book open as his administration negotiates future contracts.

Cabinet’s diversity is good — if power comes with it