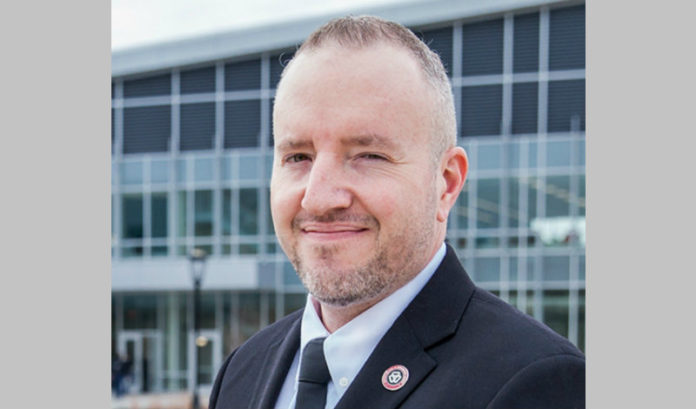 Rowan College at Burlington County has named its acting president, Michael Cioce, to the permanent post, effective Sept. 1, it announced.

RCBC President Paul Drayton was placed on leave just before the start of the academic year, and resigned in April. Cioce, who had been vice president of enrollment management and student success, was named to the interim post in August, when Drayton’s leave began.

“As the first in my family to graduate college, I’m committed to making sure all students have the opportunity to open the doors of their future through education,” Cioce said in a statement. “I’m humbled by the trust the board has placed in me, and am excited to work with the college’s exceptional students, faculty, staff and partners in our quest to provide innovative, high-quality and affordable education.”

Cioce has a bachelor’s from Marywood University and MBA and master’s in financial management from Drexel University, RCBC said. He completed a doctorate in higher education leadership at the University of Pennsylvania this month.

“The board of trustees is thrilled to have Dr. Cioce as our college president,” board Chairman George Nyikita said in a prepared statement. “He has proven himself to be fully dedicated to the spirit and mission of this institution, and I am confident students in Burlington County will benefit greatly from his leadership and service.”

Cioce joined RCBC in 2010 as director of financial aid before he was promoted to executive director of enrollment management and then the VP position he held before becoming acting president.