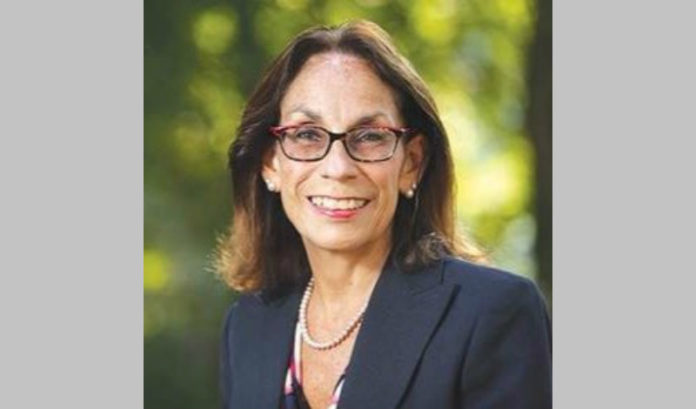 New Bridge Medical Center CEO and President Deborah Visconi has been building new bridges — and mending old ones — for the Bergen County behavioral health facility since taking over last fall.

Care Plus, which took charge of the former Bergen Regional Medical Center last July, brought in Visconi in October. She has been spending her days — and weekends — ensuring the Paramus medical center grows its new brand.

“New Bridge Medical Center is the story of a 100-year-old startup,” she said. “That’s how I’ve been looking what this transition and transformation is all about.

“We are rebuilding bridges that may have been broken by the previous management team. I’m personally going out. There is not one weekend that I haven’t been out, or invited others in.”

In a recent interview with ROI-NJ, Visconi detailed the ongoing transformation and how the medical center is working in tandem with others in competitive Bergen County.

After Care Plus took over operations of the former for-profit facility, the leadership has been focused on making New Bridge a destination hospital in New Jersey, Visconi said.

The county-owned hospital has long been known for its behavioral health and long-term care offerings, but it is nevertheless going to be expanding its services, she said.

This year, Visconi said, the hospital will be hiring at least 20 specialists specifically to avoid transporting long-term care patients for surgeries.

“We don’t want to have to transfer long-term care residents out to other hospitals to have basic surgery when they can have it here,” she said. “That’s just not good medicine.”

Under the old management, the hospital accepted Medicare, Medicaid, received charity care dollars and offered rates of 115 percent of Medicare for those who couldn’t pay any other way and did not qualify for other payment options.

“Our payor mix is fine,” she said. “Obviously, that is going to change as we get private payors coming through. What the growth area is going to be in the ambulatory arena, in surgical specialties.”

“We have actively engaged five of the major payors in the area,” she said. “That, in and of itself, helps change the perception.”

New Bridge has had to battle the reputation left by the old management, which ran the facility as a for-profit acute mental health care facility.

New Bridge also has another small battle because of its new name: NewBridge Services, a Pequannock Township-based provider in the behavioral health space, has been around for a while and claims the name is confusing would-be patients.

Visconi doesn’t see it that way.

“The Medical Center provides a comprehensive set of services for acute care, long term care, mental health and substance abuse services,” she said. “It is a full-service medical center striving to become a destination hospital for Bergen County and the communities it serves. While there are other entities that share the New Bridge name, they are very different in location, depth and breadth of services. Any perceived confusion with the name is easily explained and any inquiries appropriately redirected.”

New Bridge also is growing into more of a community resource, Visconi said, and is doing so with the help of the state, the county and nearby hospitals.

“We recognize the Korean and South Asian populations are very important to us; they are growing populations,” Visconi said. “We will continue to support those.”

One of the biggest contributions is coming from the county, which has committed to funding capital improvement projects and investing in some of the modernization.

“This hospital has done and will continue to do very well for itself. It’s not about the money, but we want to be able to keep programs that are sustainable and relevant,” Visconi said. “I can’t tell you today that there is anything we would eliminate at all. We have great volume in all of our programs.”

Drug industry has ideas for improving transparency. But will they lower...