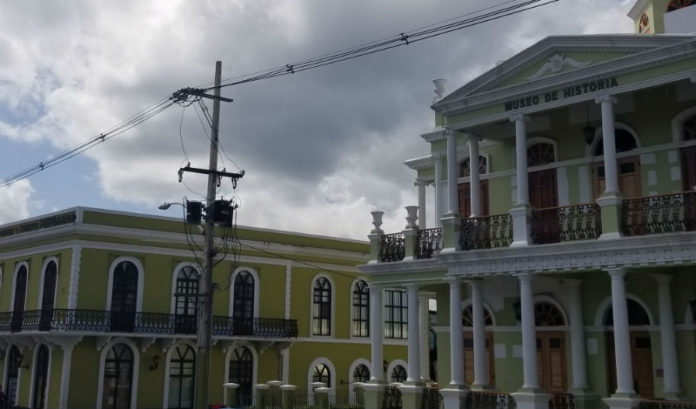 As Puerto Rico prepares to face a new hurricane season, with a significant portion of the island still without power, mayors are looking for creative solutions to maintain power and strategize for greater resiliency for future storms.

In the 37-square-mile southern central town of Villalba, that means developing a microgrid in the area connected to one of the island’s hydroelectric plants: Toro Negro.

It’s an idea Hoboken Mayor Ravinder Bhalla is helping with, after returning recently from a visit to Puerto Rico.

Bhalla told ROI-NJ he made calls last week to the U.S. Department of Energy on behalf of Mayor Luis Javier Hernandez Ortiz to secure federal funding for the project.

“Toro Negro provides electricity and water to the city and surrounding areas,” Bhalla said. “That is being used, the mayor described it, as a battery for what he’s proposed — a $400 million microgrid system — that would be based upon the hydroelectric plant in that town that would provide energy resiliency in the event of another Hurricane Maria.”

Ortiz has secured private financing, but he is working with Bhalla — who is already working on a microgrid for Hoboken — to get public funding from the Department of Energy.

Bhalla said he can related to the struggle Ortiz and the other 77 mayors on the island face in securing federal funding, as well as the toll the disaster has taken on them and the residents.

“When I would listen to the mayor talk about the four months of seven days a week, all day, physically helping seniors moving rocks and hard materials, and the physical labor day-in and day-out, you can see the psychological effect it can have on the mayor and the population, and I saw it with my own eyes,” he said.

Bhalla said it reminded him of Superstorm Sandy and then-Mayor Dawn Zimmer’s efforts in the community.

“We emphasized the importance of having small group meetings. People have a mix of emotions, ranging from anger to resentment to grief,” he said.

But the island has one additional problem.

“There’s a sense of isolation,” Bhalla said. “There’s a sense of, ‘How do I navigate federal government in this type of disaster situation?’ So, we are trying our best to leverage our experience, our contacts and our expertise to help them navigate a very difficult situation.”

Especially for a small town with 24,000 residents.

“The cold reality is you have 78 mayors competing for a limited pool of funds,” Bhalla said. “What we are trying to impress upon Villalba is you have to think strategically about what makes you stand out and make Villalba a more attractive candidate for funding than another city.”

Ortiz has helped pay for repairs in the town through municipal funding — including restoring three of four bridges that connect Villalba to the rest of the island — but he also is waiting on $2 million in funding to repair the fourth and largest bridge.

While Ortiz waits for funding, another Puerto Rican mayor is leading the way to more creative solutions.

Mayor Javier Jimenez of San Sebastian, the hometown of Perth Amboy Mayor Wilda Diaz, didn’t wait for the Puerto Rico Electric Power Authority to make it out to his town on the northwestern side of the island.

By the end of January, fourth months after Hurricane Maria hit, the town had 92 percent power restored — all while fighting PREPA and the island’s central government.

Jimenez told ROI-NJ he faced backlash and an investigation from the authorities, who claimed what he was doing was unsafe. But Jimenez, with the experience of the PREPA retirees, had already seen to the safety of the project before beginning.

And after doing all the work themselves, and spending about $72,000 for the equipment and pay for municipal employees to restore power to 100 percent of residents, San Sebastian is now paying the very company that tried to stop them, Jimenez said.

PREPA has been collecting on its electricity bills from the residents whose power was restored by Jimenez’s team.

Jimenez said that restoring electricity is probably one reason why his town didn’t lose more residents.

After the hurricane, the town of 40,000 lost at least 3,300 people — many of which were construction workers, teachers and police officers, Jimenez said.

But now, business and life is back to normal.

And they are ready for the storms that lie ahead.

Sources: Tesla’s future in N.J. not impacted by company’s push to...