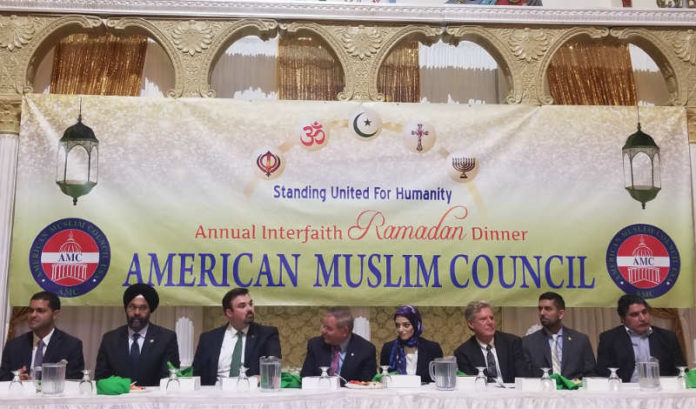 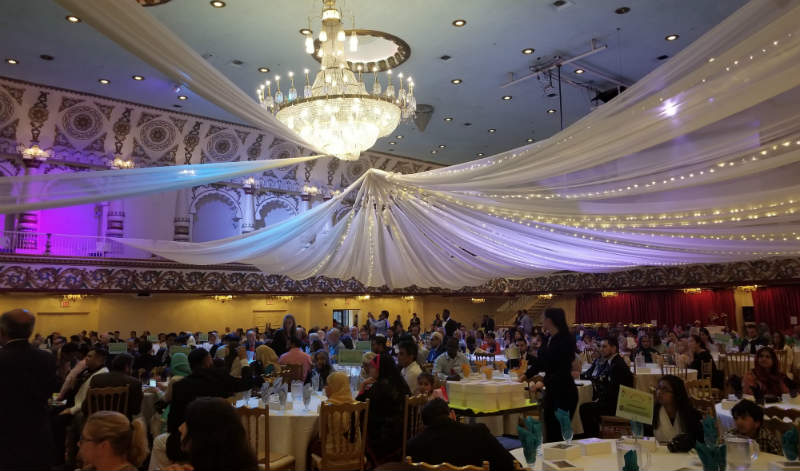 A crowd of more than 700 came to Royal Albert’s Palace for the dinner. – Anjalee Khemlani/ROI-NJ

U.S. Sen. Bob Menendez, state Attorney General Gurbir Grewal and Department of Health Commissioner Shereef Elnahal were among the many elected and government officials speaking about the increase in violent crimes against the Middle Eastern and South Asian communities at an annual interfaith iftar Thursday in Edison.

“This evening, you open your doors to New Jerseyans of all faiths and backgrounds, so that they, too, can learn about what Ramadan means to more than 1.8 billion people around the world who practice Islam,” Menendez (D-N.J.) said in his opening remarks.

He addressed a crowd of more than 700 at Royal Albert’s Palace for the 7th annual American Muslim Council Interfaith Ramadan Dinner.

Grewal, who has received national attention since taking his new position, in part due to efforts to combat the federal government’s moves, expressed frustration with the current atmosphere in U.S. politics.

Dr. Dalia Fahmy, an associate professor of political science at Long Island University, spoke about the continuing attacks on Muslims and other religious groups.

Fahmy highlighted statistics from various research centers and the FBI showing the rise of attacks against Muslims and their property, making 2016 the most dangerous year for the community in the U.S.

And the attacks have widespread effects for a community that has been part of U.S. history since the Revolutionary War, Fahmy said.

“Islamophobia is not just irrational fear of Islam and Muslims, but it has an end goal. And that end goal is the marginalization of Muslims from civic and political life,” she said. “On the East Coast, there are 20,000 Muslim physicians. (Muslims) are driving your taxis, feeding you on the street, heading your banks and your hospitals, educating you, fixing your teeth, paving your roads. Muslims both died on 9/11 and helped erect the first steel beam of the Freedom Tower.”

Which is why the interfaith iftar, and show of support from politicians was important, Grewal said.

“A diverse gathering like this is important at any time, it’s important especially in this time, it’s important in this moment we are living in right now,” he said. “We live in difficult times. Today, we are seeing more and more of our fellow Americans, that their patriotism is being questioned because of how they worship, what they look like, where they come from, what they believe or who they love.”

“That is really where the rubber meets the road here in our state — is having open and honest dialogue between law enforcement, between the religious communities, and making sure that we are all in lock-step together,” Maples said.

He said that the state police, attorney general and his office were in lock-step that there is no place for hate in the state of New Jersey.

“This is probably something you don’t hear Homeland Security directors say in public a lot, but, every day we deal with hate, we see it every day. But the other thing we see, too, is there still is hope, there still is love. It’s embodied in rooms like this one around the state, and certainly this room tonight.”