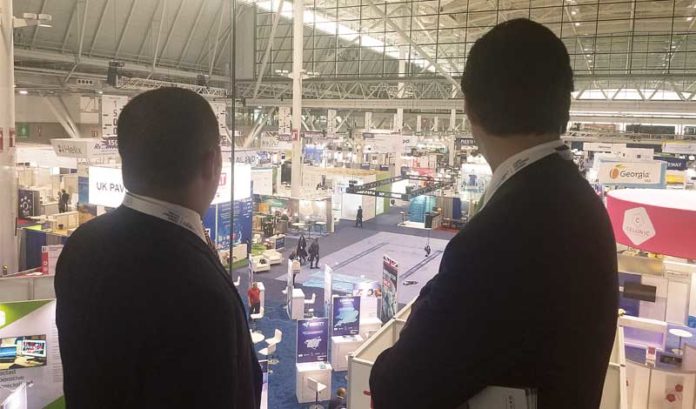 Tim Sullivan and Jose Lozano traveled to Boston this week for their first BIO International Convention.

And if the new heads of the state’s Economic Development Authority and Choose New Jersey, respectively, didn’t fully understand the extent to which the host state is looking to raid New Jersey, they certainly do now.

“We knew that Massachusetts is one of our direct competitors, but it was interesting to hear it from the opposite side,” Lozano said.

Lozano said the competition between New Jersey and Massachusetts was a common thread seen throughout the day at an annual event that draws 16,000 attendees from nearly every state in the U.S., plus 73 other countries.

And Sullivan said they felt New Jersey still maintains a strong grasp on the sector and its reputation in the industry.

“I think one of the things I’ve learned or confirmed in the last 24 hours was one of the things Gov. (Phil) Murphy has talked a lot about, is the nexus between higher education and economic development, particularly in the innovation economy,” Sullivan said. “Separately, the notion of being located with or near a major institution, is a huge asset we have and the more we can (grow) that, the stronger the competitive advantage becomes.”

Of course, few states have a greater ability to connect with top flight colleges than Massachusetts, which has Harvard and Massachusetts Institute of Technology among a host of other schools eager to collaborate.

Robert Coughlin, CEO and president of the Massachusetts Biotechnology Council, told ROI-NJ the unique partnership of academia, industry and government is a reason the state is succeeding in its appeals to bio companies.

Then there’s the ongoing government support, such as a new life sciences tax incentive announced by Gov. Charlie Baker on Tuesday at BIO, he said.

“When you look at the 10-year, $1 billion life science initiative that’s complete, and moving on to the next five-year, half-a-billion-dollar announcement that the governor made today — that’s going to be signed into law this week — it’s proof of that,” Coughlin said.

“I think we’re the envy of the world, really, as it relates the ingredients of this amazing recipe we have here for drug discovery, for breakthrough therapeutics and for, ultimately, cures.”

Sullivan and Lozano said New Jersey won’t back down — and is ready for a fight.

Sullivan said the state’s concentration of life science companies is its strength. No other state can say it has 12 of the 20 largest biopharma companies and 13 of the largest medical device companies, he said.

Lozano said that, in that category, New Jersey is ahead.

“I still think we have the better hand,” he said.

It’s a hand Sullivan said he is determined to make stronger.

And Sullivan and Lozano said they are well aware other states are trying to lure those companies away — they didn’t need to come to Boston to learn that.

“I think we recognize that challenge,” Sullivan said. “It’s not dissimilar to what the governor’s talked about on what we need to organize our economic strategy around, which is around innovation, research and particularly trying to foster that kind of ecosystem around our cities and our population centers.”

“Increasingly, the story of the 21st-century and, presumably, the 22nd-century economy is around co-location and the synergies of being in clusters of activity in reasonably dense, walkable, mixed-use communities.”

The state needs to focus on increasing the federal research dollars that it receives, he said.

“(National Institutes of Health) dollars are an incredibly important input into an innovation economy,” Sullivan said. “We have room to grow there.”

Read more from ROI-NJ on the BIO International Convention: