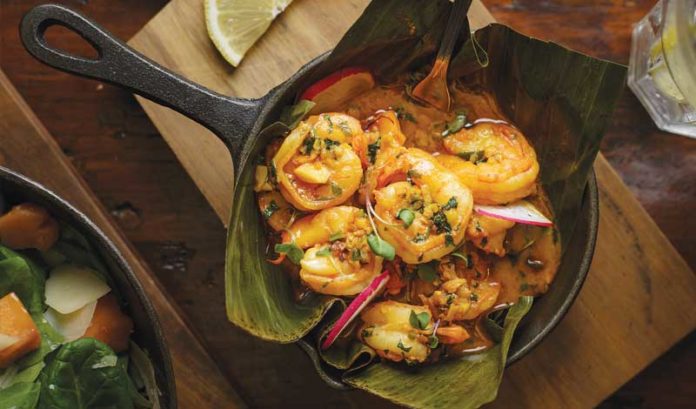 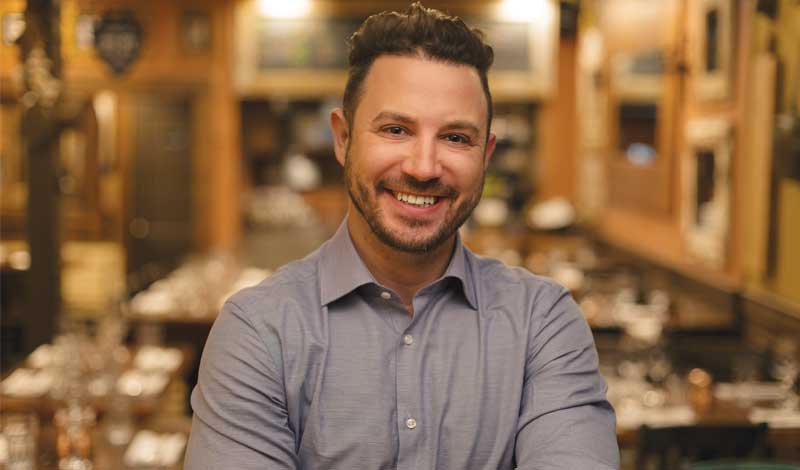 For Ilson Goncalves, Samba is the fulfillment of a dream. – Samba

Ilson Goncalves was traveling from his home in southern Brazil to tour and visit with friends in the United States.

Immediately, he said, he knew.

“I fell in love with Montclair,” he said. “I remember walking down Church Street telling myself that I would live in this city one day.

“It was my destiny to come here and open up a restaurant.”

It is what immigrants always have done here, Goncalves said.

“We built this culture from scratch, like a cake in a kitchen,” he said.

But Goncalves, owner and executive chef of Samba in Montclair, said he would tell anyone the same message: Talk is cheap.

“Actions prove who you are,” he said.

So, after spending just 28 days in the United States in 2004, Goncalves made his decision.

“I quit my whole life by phone,” he said.

Goncalves grew up in Santa Catarina watching his grandmother and mother, a chef and restaurant owner in the southern state of Brazil, cook.

“I helped her peel potatoes and carrots in the kitchen,” he said. “For me, it was a game. I used to imagine it was my kitchen and I was preparing the food for my own restaurant.”

But, as young people often do, Goncalves said he ultimately followed the money instead of his gut instinct, studying computer engineering in Brazil before working in a bank.

“I was miserable,” he said. “I thought, ‘Why shouldn’t I do something different with my life when I was not happy with it?’ ”

So, Goncalves obtained a six-month visa to tour the United States at the age of 23.

It was not a month later that he would call his former employer.

To stay in the United States, however, Goncalves would need to find fast employment.

Not only would he find a job, but also a career that he loved, quickly ascending from busing to waiting tables to managing under popular chef and restaurateur Zod Arifai of Blu and Next Door in Montclair.

Then came time for Goncalves to settle his affairs with U.S. Immigration.

“In one year, I had to take off from work five or six times, because you need to go to court, but then they push it, and you need to go again,” he said.

Ultimately, Goncalves said, he began asking himself what it was he really wanted to do here.

“That’s when I realized I always have had a passion for food,” he said.

“You know how many people said this place was cursed?” he said. “A neighbor once told me that he had seen people coming and going from this for 30 years, and so would I.”

Goncalves has been in business nearly eight years now, turning tables at Samba three times each weekend in the 32-seat restaurant, with average bills reaching $75 for two.

“You hear people from Brazil say, ‘This is the food my grandmother used to cook,’ while other people from town say, ‘I never imagined Brazilian food would be this good,’ ” Goncalves said. “Those are the best sorts of reactions.”

It was not difficult, Goncalves said, for the ethnically diverse community of Montclair to learn to love his homestyle Brazilian fare — as long as he remained authentic.

“I try to make my food here exactly the same way we made it at home, where my mother had a small garden in which she would pick whatever she needed for the day,” Goncalves said. “That makes all the difference. The people in Montclair, they are looking for those fresh ingredients.”

Goncalves said he sources his farm-to-table ingredients from urban farmers such as Coeur et Sol Urban Farms in East Orange and local purveyors such as Harvest Drop in Hightstown.

“We should value our people and help our neighbors whenever we can,” Goncalves said.

Same goes for his customers.

“People who pass by me in the street here know me as the owner of Samba,” he said.

For example, a customer in his restaurant approached Goncalves and spoke to him in Portuguese, sending love from his family to Goncalves.

“He is a rabbi who learned to speak Portuguese in Brazil,” Goncalves said. “He is an example of the kind of person who will come in here a few times a year asking me to donate to a fundraiser at his synagogue, and of course I do, because if everybody helps one another in this community, we all continue to grow together.”

Samba currently employs seven. And Goncalves said he does not have any issue with hiring immigrants like himself.

In fact, he said, the restaurant industry in New Jersey depends on them.

“Do you know how many times people knock on my door and ask for jobs every day?” Goncalves asked. “None.

“Do you want to work in my kitchen washing dishes for eight hours on a Saturday night? People say yes, they can do that, but then I put them in the kitchen for one week, and they cannot make it. People may complain about being out of a job, but when they have a job, they don’t want to do it.”

If it were not for the immigrants who have helped him to build his business, Goncalves said he already would have shut his doors.

“I believe that immigrants should pay taxes and help the government in the country in which they are making money, but they do not necessarily need to become citizens,” he said. “A lot of people want to come here, make money, and go make a better life for themselves and their families.

“With visas, the government, too, will make money and still be able to watch over what immigrants are doing here. They can ask, how long will you stay? If they say three years, when that times comes, they can say, ‘It’s time to go home so that other people can be given the same opportunity.’ ”

If an immigrant is found guilty of a crime, however, Goncalves said they must be prepared to face the consequences.

“We will not defend those people,” he said. “But most of us are here simply to work hard, make money and prove to the government that we are great people.”

Goncalves said that, despite his desire for success, he intends to keep Samba small.

“I have a lot of people asking me to move into a bigger place,” he said. “But for me, success is about having a simple, authentic, quality restaurant that makes people happy.”

And a cookbook: Goncalves released last year “The Samba Montclair Cookbook,” showcasing more than 40 recipes for those home-chefs interested in learning more about Brazil’s food culture.

Happiness only will be achieved by continuing to connect people through his love of food, he said.

“The rest is continuing to love what I do,” Goncalves said.

Ilson Goncalves, author as well as owner and executive chef of Samba in Montclair, said the culinary competition in Montclair may at first seem like a challenge to overcome.

“But people should stop worrying about their competition and, instead, improve every day to get better in their own businesses,” he said.

Goncalves, a seasoned traveler, said he does so by taking cooking classes wherever he travels.

“I’ve taken cooking classes in French, Italian, Mexican, Asian, every type of cuisine you can imagine, all over the place,” he said. “And people ask me, ‘Why? Are you creating fusion dishes?’

“And I say, no, I am learning technique.”

For example, after graduating from the Natural Gourmet Institute in New York City, Goncalves decided to continue his education in Morocco after one of his customers had an allergic reaction.

“I wanted to not only learn and understand how to better support local businesses by using fresh, farm-to-table ingredients, but also I wanted to learn more about spices in particular,” he said. “Now, if a customer has a reaction, I can tell them exactly what I am using and where it is from.”

That trip not only resulted in an in-demand homemade sazón — a mixture of spices fundamental to South American cooking — but also a business motto for Goncalves.

“I like to learn from my customers and from newspaper reviewers what I am doing right and what I am doing wrong,” he said. “That helps me to build upon and make my business better.”

Wyclef Jean, on unveiling of mural in Newark: ‘This mural isn’t...