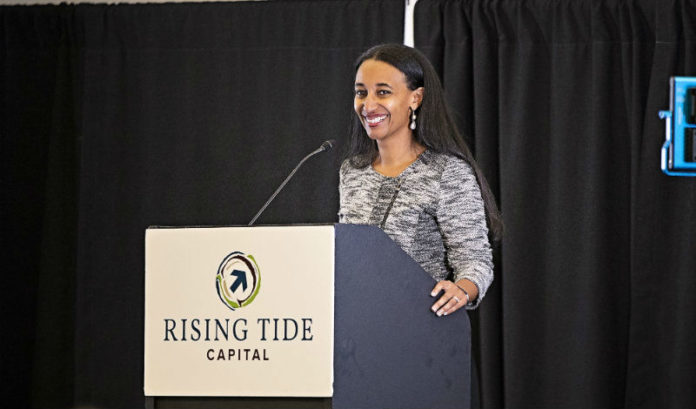 The Spring 2018 graduation of the 12-week program took place at the New Jersey Institute of Technology in Newark.

Since 2006, the program has produced 2,500 entrepreneurs, according to a statement from RTC.

“The Community Business Academy is just the entry point to the work that we do at Rising Tide Capital,” explained Alfa Demmellash, co-founder and CEO of Rising Tide Capital. “For 14 years, we’ve been working with entrepreneurs to gain economic independence and transform not only their own circumstances, but also to bring demonstrable change and value to the communities where they operate.”

But RTC also has seen a direct relationship between its academy and new businesses — especially in the Newark area.

“In 2017, 83 new businesses were opened in Newark by residents who utilized RTC services, so we are eager to see this class head back into the community to plant seeds of employment, economic independence and entrepreneurial resources,” said Keith Dent, Regional Program Director at Rising Tide Capital. “We have had a physical presence in Newark for the past six years, and have seen the entrepreneurial energy rising amongst residents here. But, more importantly, we’re excited to see initiatives like ‘Hire. Buy. Live Newark,’ that will really spur the growth of the small businesses we are launching into the community.”