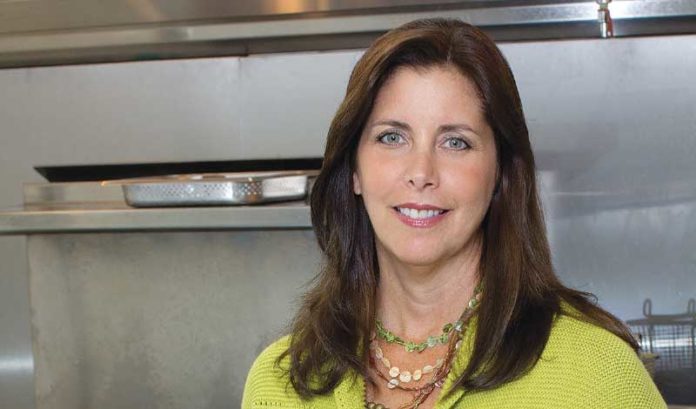 The New Jersey culinary scene is designed so diners can order bibimbap for breakfast, guacamole for lunch and samosas for dinner, sometimes even within walking distance.

It’s what Marilou Halvorsen said she loves most about working in the state.

“We have one of the most diverse restaurant offerings in the country because of how culturally diverse we are,” she said. “It makes for a great culinary atmosphere in our state and provides great employment opportunities.”

But, as political rhetoric, media focus and law enforcement continue to increase against immigrants without legal status, Halvorsen, president of the New Jersey Restaurant and Hospitality Association in Trenton, said the people and the restaurants cooking these delicious dishes are at risk of disappearing.

“Whether they are here as citizens or have temporary work visas, I think everybody knows that the food service and hospitality industries rely heavily on our immigrant workforce,” Halvorsen said. “And while we certainly are for safe immigration — the law states anyone who works in a restaurant must have the proper paperwork to do so — when people with proper documentation are confronted by someone who looks and acts like a police officer, they grow very frightened.

“They are then hesitant to come out of their homes and go to work, and, instead of assimilating into society, this only makes them more fearful.”

The NJRHA, which represents nearly 18,000 members, from fast food chains to top-rated restaurants in the state, expects job growth in the restaurant and hospitality sectors to continue increasing while the state’s U.S.-born population continues to age or seek out higher-skill jobs.

Halvorsen said the industry therefore will need increased access to an immigrant workforce — not less.

“Obtaining more visas with which to enhance our workforce is very important right now,” she said.

Despite accounting for just 13 percent of the U.S. population, immigrants make up more than 20 percent of food service workers and nearly 40 percent of small restaurant owners, according to a 2017 report from the Chicago Council on Global Affairs.

The report also stated that 20 percent of the nation’s cooks and nearly 30 percent of its dishwashers are here illegally.

The more frequent visits by U.S. Immigration and Customs Enforcement this past year has created a real problem in New Jersey, Halvorsen said.

“ICE has become a little heavy-handed,” she said. “They will go into a neighborhood restaurant looking for someone with a criminal record, but when they start questioning everyone in the kitchen, it can be very scary.”

That is a nearly 42 percent increase compared with the previous year, and among the highest number in the nation.

Furthermore, nearly 40 percent of those arrested in New Jersey had no prior criminal convictions, according to the Pew Research Center.

“Employees are the biggest asset that any business has, and our members truly recognize that,” Halvorsen said. “We need to advocate and talk to legislators at both the federal and the state levels to tell the story about why this particular segment of our population is paramount to our workforce.”

Some of the most difficult jobs to fill, Halvorsen said, are often the lower-wage, low-skill jobs that the immigrant population tend to take.

“You don’t need a college education to own your own restaurant,” she said. “All you need is the desire to succeed and the necessary skills.

“There also are many great stories of people who started as a dishwasher and worked their way to become manager.”

In the wake of low unemployment rates and a shrinking labor pool, the industry cannot afford to lose the people it already has.

“Young people are no longer coming to local restaurants to get a job washing dishes or chopping vegetables,” Halvorsen said. “We don’t have enough employees to serve the customers and the guests that we have right now.”

However, Halvorsen said that she, too, recognizes the need for restaurants to do their due diligence.

“Make sure your employment and hiring processes are 100 percent legal, as that will not only protect you as a business, but also your employees,” she said.