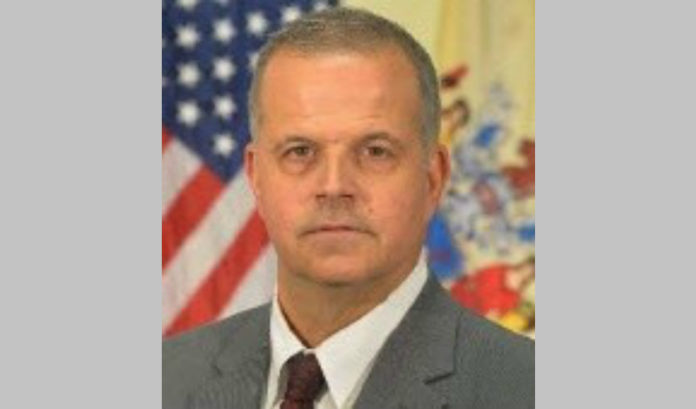 Gov. Phil Murphy on Friday named a chief technology officer for the state, tasked with overseeing the New Jersey Office of Information Technology.

In his new role, Christopher J. Rein will be responsible for developing strategic policies, information security standards and requirements for all state departments and agencies. He will oversee more than 600 workers in the office.

“Chris Rein has an impressive background in information security, and brings a wealth of experience to the position of chief technology officer,” Murphy said in a prepared statement. “As we move toward re-establishing New Jersey’s innovation economy, I look forward to calling on Chris’ expertise to help us provide 21st century services and solutions for state government and the residents who utilize our services.”

Rein has 37 years of experience working in software and information technology, including serving as deputy director of the New Jersey Office of Homeland Security’s Cybersecurity and Communications Integration Cell, as well as the state’s deputy chief information security officer.

“I’m honored and blessed to be given this opportunity by Gov. Murphy to provide leadership and support for the Office of Information Technology,” Rein said in a statement. “Through its information, data and technology capabilities, OIT is a critical asset for New Jersey that enables us to serve residents through our state’s agencies.”

Rein, who has a bachelor’s degree from Rutgers University and a master’s from Stevens Institute of Technology, has also worked in leadership roles for CSI Technology and the New Jersey State Police, as well as Bell Atlantic and Bellcore.

Last week, Murphy also announced that six cabinet members who had been serving in acting roles were confirmed:

NFIB survey: 80% of PPP applicants did not get selected for...

Did your business get PPP loan? SBA has released application for...