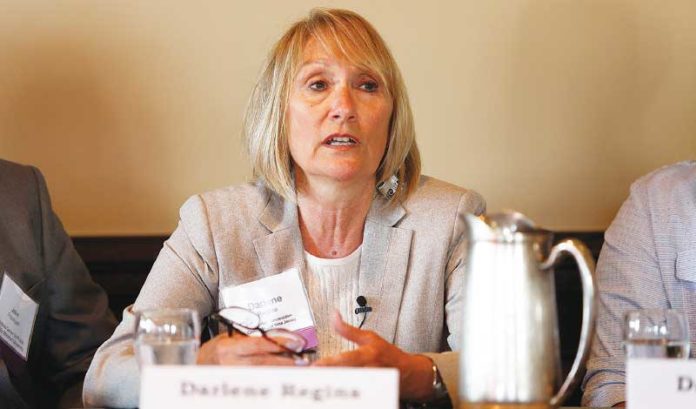 John Ballantyne doesn’t want to turn the discussion about New Jersey’s underground construction economy into a referendum on the use of union vs. nonunion workers.

He knows what that will bring: Either a back-and-forth on prevailing wage or an implication that the only reason the issue is being raised is to put more money in union workers’ (and union leaders’) pockets.

So, when the question came up at ROI-NJ’s recent Thought Leadership panel, New Jersey’s Underground Construction Economy, Bringing Billions of Dollars Above Ground, Ballantyne explained how this was an issue that impacted everyone in the state.

“Don’t think of it as union vs. nonunion, because it’s not about that,” he told the audience. “It has nothing to do with that.

“It has to do with the economics of the industry: the tax revenue to the state of New Jersey and the fairness for a contractor to bid on an equal playing field and not have their industry undermined — where they can have a fair competitive process to bid on work.

“It’s for young men and women who don’t have the ability to have workers’ compensation to have the ability to have a safe work environment. It’s about not laying the tax liability on an individual. It’s about paying fair and proper taxes — and all of the social impact and training. But it’s not a union vs. nonunion issue, and I want to stress that.”

Ballantyne is the former head of the Northeast Regional Council of Carpenters, which recently merged with other councils.

Long impacted by the issue, the carpenters commissioned Stockton University to do research into just how much the underground construction economy was impacting the state in 2016.

The results were stunning. The underground construction economy was estimated to be between $528 million and $1.2 billion, costing the state a loss of nearly $20 million in tax revenue and as much as $6.7 million in missed unemployment insurance.

“Everybody has equity in this,” Ballantyne told the audience.

The impact goes beyond tax revenue. And Ballantyne is not the only one who feels this way.

Kevin Duncan, a professor of economics at Colorado State University who has studied the impact of unions on the economy throughout the country, said the quality of the work — due to the apprenticeship training union workers receive — needs to become a part of the equation.

“You need to have a skilled workforce to build the infrastructure for the state. And if that sector grows, and you have less skilled development in New Jersey, that means owners are going to increasingly look out of state for their skilled workforce. So, more work is going to go to out-of-state contractors and construction workers, and that’s going to reduce economic activity in New Jersey. That’s a significant cost to the industry.”

It’s not the only cost to the state.

“I’ve conducted several studies at the national and regional levels on outcomes when workers are at prevailing wage and when they aren’t, and, as you can imagine, when construction worker wages are lower, poverty rates are higher and there is an increase dependence on public forms of insurance and assistance with things like food stamps,” he said. “There’s an economic impact when you have these underground contractors employing networks of workers from other states.

“So, a contractor who engages in underground activity may benefit by having an increased profit, but the rest of society is going to have a higher cost.”

Darlene Regina, the chief operating officer of the Associated Construction Contractors of New Jersey, said she is seeing firsthand how this is impacting her group.

“I’ve talked to many contractors who have had to walk away from this sector because the underground economy has grown to such a point it’s just not possible to compete,” she said. “This goes back to whether this is a union or nonunion issue.

“Our contractors have repeatedly said they have no issue competing against a nonunion contractor who plays by the rules from start to finish. They feel they are more competitive because they can tap into a highly skilled and trained workforce. They see that as the backbone and the key to their success. When you can misclassify, pay people off the books or skirt paying workers’ compensation, they cannot compete.”

“It’s about the monies and the economics of the industry coming into the state as revenue,” he said. “It’s about the unfair disadvantage for our contractors that are within that same marketplace.

“This isn’t a union issue — this a fairness issue.”