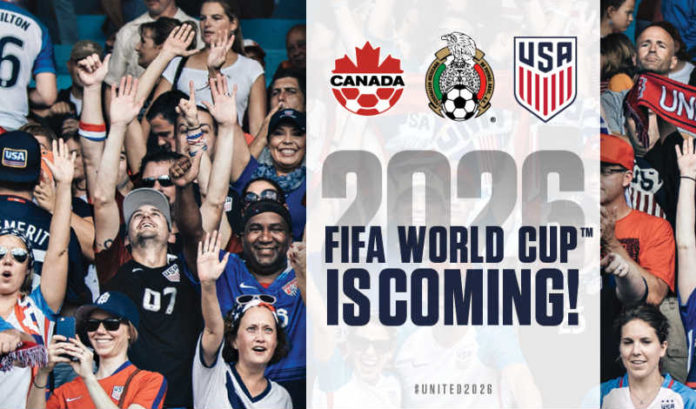 A bid by the United States, Canada and Mexico was awarded the 2026 World Cup on Wednesday, U.S. Soccer announced.

The vote by the 68th FIFA Congress was held in Moscow, one day before the 2018 event kicks off in Russia.

According to multiple published reports, the tournament final will be held at MetLife Stadium in the Meadowlands. The site selection is not yet official.

Gov. Phil Murphy issued a statement after the announcement:

“I’m thrilled that the United Bid, a joint effort by the U.S., Canada and Mexico, has been selected to host the FIFA 2026 World Cup, and look forward to the next step in the process, in which specific venues from these countries will be selected to host tournament games.

“MetLife Stadium and the Meadowlands region are an ideal site for the World Cup. New Jersey has hosted World Cup matches before, and we are more than ready to do so again. MetLife Stadium is an internationally renowned facility with first-class amenities.

“The Meadowlands region includes hundreds of hotels to house fans from all over the world and first-rate entertainment, shopping and dining, all just across the river from New York City.”

The joint North American bid defeated its only challenger, Morocco, by a 134-65 vote among FIFA member associations.

The 2026 World Cup will be the first to feature an expanded field of 48 squads, instead of the current 32.