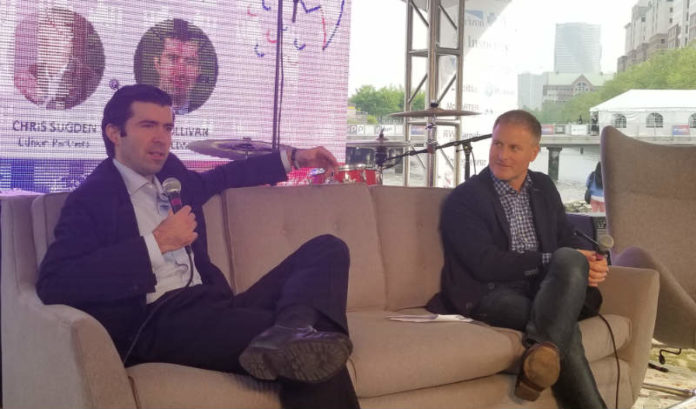 The state’s Economic Development Authority emphasized its commitment to startups and the support network around them with a $500,000 seed money commitment for five lucky applicants.

“This is a bit of a different kind of program for the EDA and something that is a model we are going to be able to build upon as we go forward here in trying to diversify the way we are able to help foster economic growth in the innovation economy,” EDA CEO Tim Sullivan told ROI-NJ.

The Innovation Challenge, announced Tuesday, is open to a wide pool of contenders.

This includes not only the cities, counties and local regions, but also supporting institutions (nonprofits), anchor institutions (a university or hospital system), or even the local economic development agencies, Sullivan said.

The EDA’s interest is based on Sullivan’s experience that early planning is a high-return investment.

“Part of the underlying logic of a program like this is that … when companies and people are making decisions about locations, they are first of all thinking about cities and places,” he said. “As much as we think about the New Jersey economy, location decisions tend to be made at some of the more granular levels.

“So, if we are going to have a competitive footprint or competitive offering in the 21st century economy, we really need to be thinking about how our cities make their own pitch … to compete and win.”

The program is designed to provide seed funding, under a pilot basis. And each applicant is going to be in a different place in its growth.

Some are still in the early stages of figuring out how to attract new and different businesses, while others have had the benefit of state and other resources for years.

“The benefit of a program like this is that it is flexible and designed to help whatever city or town to take the next step in its planning process,” Sullivan said.

The added benefit to the EDA is it can have a better database of information about the state’s level of progress when it comes to startups and the innovation economy.

“This is a pilot and a proof of concept,” Sullivan said. “One of the things our administration is committed to is, sort of a methodology, doing pilot programs, learning — taking the lessons learned from the pilot program — and then scaling it with more resources as it makes sense.”

Farias stepping down from CRDA; takes role as 1st Latina to...