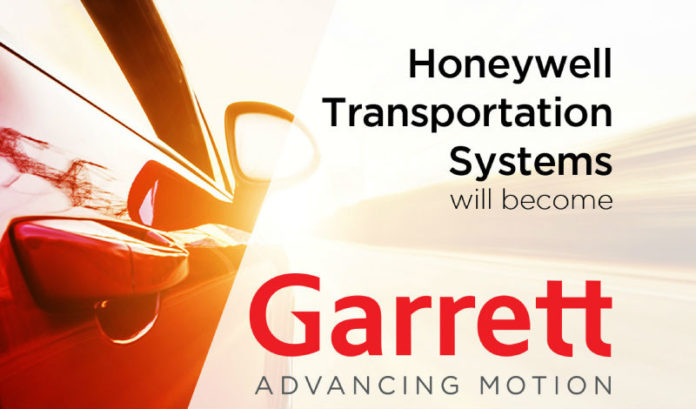 Honeywell announced Thursday that its Transportation Systems business will be known as “Garrett” once it completes a previously announced spinoff later this year.

The Morris Plains-based conglomerate announced late last year that it would spin off both Transportation Systems and its Homes and ADI global businesses.

Honeywell Transportation Systems has been using the Garrett name on a branded portfolio of aftermarket replacement and performance upgrade turbochargers for gasoline and diesel passenger and commercial vehicles, it said.

The name dates back to Honeywell’s first turbocharger products in the 1950s, when entrepreneur and engineer Cliff Garrett led a project team.

“There is a strong emotional attachment to the Garrett name, which has stood for pioneering turbo technology for more than 60 years, and has made an indelible mark on the driving habits of millions of vehicle owners, as well as the history of automotive engine performance,” Olivier Rabiller, CEO and president of Transportation Systems, said in a prepared statement. “Moving forward, the Garrett name will continue to be synonymous with turbocharging technologies and also support the tangible progress and investments we have made in electric products, software and connected vehicles, and the future growth we see reshaping our industry.”

Honeywell had previously announced that Rabiller is continuing in his role with the new company.

The company’s legal name will be Garrett Motion Inc., and it will also utilize the tagline, “Advancing Motion,” Honeywell said.