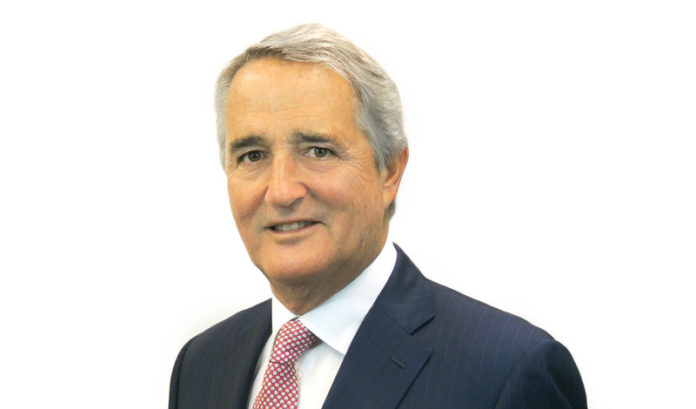 The New Jersey Transit board of directors — in a financing agreement with the state Economic Development Authority — will issue $600 million in bonds to help fund the construction of a new Portal Bridge.

The bonds represent a full commitment from New Jersey on the project, state officials said.

And they do so in more ways than just money. Jerry Zaro, the New Jersey trustee on the Gateway Program Development Corp., said the funds show the state is all-in.

“New Jersey is stepping up to demonstrate we have two things: We have local skin in the game and we’re showing a definitive commitment to the world that we are committed to this project,” Zaro said.

The new Portal Bridge is a key starting component to the Gateway Project, the necessary tunnel project that would dramatically update and improve transportation and infrastructure in the region.

The needed federal funding for the Gateway Project, which some estimate to be as much as $25 billion to $30 billion, has not been approved in Washington, D.C. But Zaro, a member at Sills Cummis & Gross P.C. in Newark, was quick to point out that this was not New Jersey’s way of sending a message to Washington.

In fact, he said, it was the opposite.

“I think it’s saying that we heard the message and we’re trying to demonstrate in a very cooperative, nonconfrontational way that this project is not about politics,” he said. “There’s no Democrat or Republican way to build a bridge or a tunnel. This is a safety, transportation, infrastructure project that has to be done.

“We’re trying to demonstrate that we’re being cooperative, but we have to go ahead and get this project done.”

The Portal Bridge project will replace the existing two-track bridge with a new two-track fixed structure that will be approximately 2.33 miles long and will have a clearance that accommodates current and forecasted maritime traffic. This would eliminate the need for a movable span that interrupts rail operations and results in delays due to mechanical failures.

“We’re not going to kick the can down the road any longer,” she said in a statement. “The time is long overdue for a new Portal Bridge, which is the foundation of many commuter frustrations.

“The taxpayers of New Jersey deserve a transportation system which will drive the economy and reliably get them to jobs, schools and recreation.”

“This funding is proof that Gov. Murphy, NJ Transit and the state of New Jersey are firmly committed to advancing this vital transportation infrastructure project,” Corbett said. “A better tomorrow for NJ Transit starts today.

“Our customers have suffered far too long from the outdated, unreliable Portal Bridge. A new bridge can’t wait any longer.”

John D. Porcari, interim executive director of the Gateway Program Development Corp., said the move is another step that shows the region is moving ahead.

“Today’s action is a major next step toward construction of a 21st century Portal North Bridge, a key element of the Gateway Program that will directly benefit the 200,000 passengers on NJ Transit and Amtrak trains that use the bridge every day,” he said in a statement. “This next step — commitment of the full local share of Portal North — demonstrates that the partners are 100 percent serious about making sure the vital set of projects that constitute Gateway are built.

“We thank Govs. Murphy and (Andrew) Cuomo (of New York) and all our partners for their continued dedication to the most urgent infrastructure program in America.”

The existing Portal Bridge, a railroad swing-type drawbridge that spans the Hackensack River, was built in 1910.

The resolution approved by the NJ Transit board authorizes the executive director in consultation with the board chair to execute and deliver the funding agreement with the NJEDA.

The EDA will issue up to $600 million in bonds, which will be paid back over a 30-year term from the state Transportation Trust Fund. This same funding structure was utilized in 1999 for the construction of the River LINE light rail system.

Zaro said the amount of the bonds makes a statement.

“$600 million is a lot of money,” he said. “We moved some pieces around … because failure is not an option.

“I give complete credit to Gov. Murphy for making it clear that New Jersey was going to lead the way and get this thing going,” he said. “And we’re getting terrific cooperation from our friends in New York and at the Port Authority.

“I think it’s a signal to those who may come to work on the Gateway Project, those who have been involved in it that there’s a commitment and this thing is now irreversible.”

Ascena announces it is selling off Justice brand through bankruptcy auction