Home Education What drives the next generation of lawyers? Start with idealism, desire for...
Facebook
Twitter
Linkedin 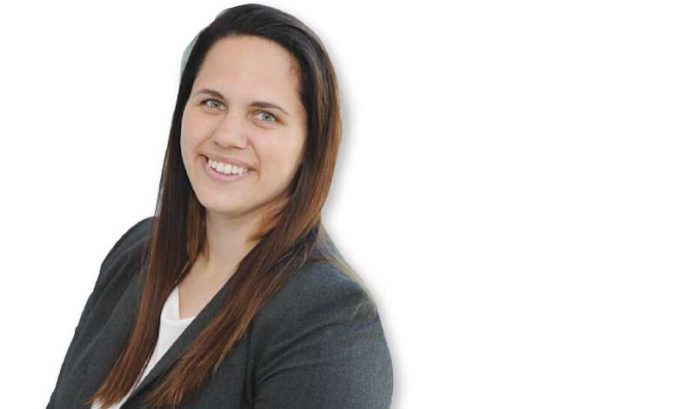 The TV show “Law & Order,” family member run-ins with the law and a friend in the foster care system.

As Arrianna Diamantis was growing up, those were the only things that informed her about what lawyers did. But those experiences (not necessarily arranged in order of importance) were inspiration enough for this student at Seton Hall University School of Law to enter the legal field herself.

“I think my background, especially growing up with some financial struggles, gave me a unique insight that other people who don’t come from that may not have,” she said. “I’m entering this profession to protect clients. My background gave me a sense of protecting something I already knew first-hand.”

Students such as Diamantis are important to get to know — because she’s part of a class of millennials that will soon become the majority at law firms. They’re fiercely aspirational and, as Seton Hall’s Paula Franzese, the Peter W. Rodino Professor of Law, put it, they have a “contagious idealism.”

“They’re coming into law school looking at the common deficiencies in our social justice system and they’re looking to remediate those deficiencies,” Franzese said. “They want to be change-makers.”

Of course, bringing about positive change always has been a motivator for a sizable percentage of law school students.

“But there are differences with this generation,” Franzese said. “It’s in their heightened awareness of and appreciation for interconnectedness. The reason they have that is because they’re digital natives and are able to navigate many of the world’s issues in dynamic ways.”

What that means is that a lot of students come to a school like Seton Hall already having established a significant repertoire of community initiatives. And through those experiences, they have across a wide range of philanthropic activities, which tends to guide them in their thinking about where they want to end up professionally.

Increasingly early into their professional lives, these students are thinking about how to aid the community even in private-sector roles, which may give a competitive advantage in attraction and retention to law firms that are offering law school graduates those opportunities.

“We have students who will work on Wall Street with big law firms and yet be very interested in serving on a pro bono basis as best they can,” Franzese said. “It’s that impulse that is noble and, even more than that, it’s actualizing our student’s vision … to serve a host of populations that have been left out of the promise of justice.”

Even when students are driven by those lofty goals, they’re not deterred from applying it to traditional legal practices. Darran St. Ange, one of Seton Hall’s law students, is an example of that. He’s considering going into labor and employment law, maybe even representing the management side of disputes.

“But the reason I think every law student and eventually legal practitioner should be a public servant in some respect is because it allows you to gain an important perspective in all legal work,” he said. “For that same reason, I think a lot of law firms are realizing the importance of diversity in the workplace — it allows for different perspectives and a better pool of ideas.”

Putting theory into practice, Seton Hall’s Franzese implemented a Leadership Fellows program at the school three years ago that allows students to lead projects that render a voice to those who have been marginalized. This develops skills that can be applied to their later professional roles.

The yearlong offering for second-year law students is something St. Ange and Diamantis were both involved in. They both praised its potential to allow soon-to-be legal practitioners to collaborate on tackling the biggest issues of the day, such as ending online sex trafficking and helping former inmates re-enter the workforce.

The program is a way to cultivate a focus these students already have on understanding the gap between what is occurring in the practice of law and what legal safeguards ought to assure. That’s what Franzese believes will shape the mindset of the next generation of lawyers.

“It’s certainly leading to a renaissance within the legal sector and its capacity to do and achieve good,” Franzese said. “Our students are at the forefront of that moment. They are pushing the margins in terms of where it is we need to be. It’s very inspiring.”

Paula Franzese, who teaches law at Seton Hall University School of Law, said that may change as local cannabis law does.

“Because at universities in a place like Denver, this is absolutely going on because there is an immense need for lawyers to get involved,” she said. “Here, in New Jersey, it’s not happening yet. There are regulatory courses that touch on it, however.”

An emerging area of law that is finding space on the academic side of the legal landscape is the study of virtual currencies. Seton Hall is one of the law schools examining how students can be best advised on the topic by a cryptocurrency curriculum.

“The virtual is here, like it or not; our students know that,” Franzese said. “When it’s relevant to the range of experience that they are encountering they want to be able to effective with regards to it.”

Focused on Camden: Dana Redd describes her hopes for the city,...