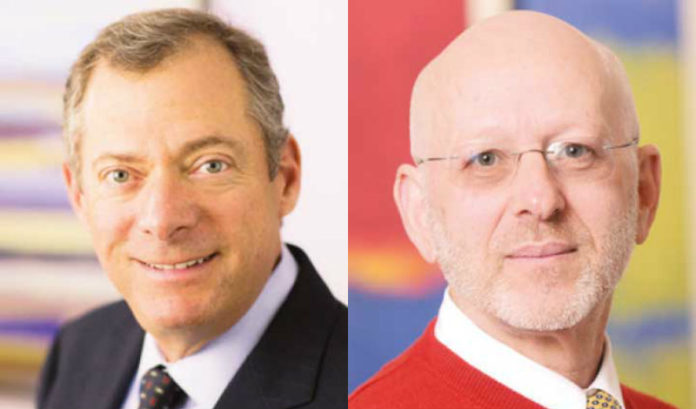 Lawyers looking for the next hot trend in New Jersey are opening up shop in the areas of cannabis and blockchain.

The former is a result of interest from Gov. Phil Murphy’s new administration — the state has already embraced expanded uses of medical marijuana and is working on legalization for recreational use — and the latter is a growing business trend, as more companies discover uses for a secure, online ledger to track transactions.

While recreational legalization is still up in the air, medical marijuana is already raking in the green for lawyers, many of whom have been dominant in the health care space.

John Fanburg, at Roseland-based Brach Eichler, is one such attorney.

“We’re getting calls from people locally, as well as nationally and internationally,” Fanburg said. “Regardless of what is happening in Trenton, it is not slowing any player down to get involved from either a medical perspective or recreational.”

Though Murphy has not been able to push through legalization for recreational use, or adult regulated use, as lawyers refer to it, it is already good business.

“Which is why we see other law firms and accounting firms seeing this as a business opportunity,” Fanburg said. “For lawyers, the more regulated the industry, the more helpful a lawyer can be for his or her clients.”

Especially since, in dealing with cannabis overall, there are so many issues in connection with the federal government, real estate and the business of both recreational and medical uses.

While New Jersey already has expanded the use of medical marijuana, there are still unresolved specifics.

Fanburg said that it goes beyond just a physician writing prescriptions. It remains illegal at the federal level, there are landlord-tenant tensions and land use and zoning use tensions — especially in towns that are adamantly averse to either medical or regulated use of marijuana — and there are needs for doctors to determine whether to create a separate corporate entity to handle prescribing medical marijuana or just go about business as usual, considering the national laws.

And moving into the recreational space carries a hefty price tag. Other jurisdictions can require a budget upward of half a million dollars just to submit for a license, Fanburg said, based on conversations with colleagues in these other jurisdictions.

That estimate could be high or low, depending on how New Jersey structures its laws.

There are also concerns about the medical dispensaries and their viability in light of legalization. Could they go out of business once recreational use is allowed?

Fanburg said no. That’s because there are still uses for children, who would not be allowed to obtain marijuana from the legal shops, and there is a segment of the population that is only interested in the medical use.

They key to success for the state will be emulating Colorado and not being afraid to make changes after rolling out new rules, as well as pivoting away from ideas that don’t work, Fanburg said.

But an area where there isn’t much precedent, and the rules are being made up as the industry develops, is another hot topic for lawyers: blockchain.

Though a new technology, which can unnerve the less tech-savvy individual, the concept is quite simple.

There are two ways to use the ledger — allowing it to be public or private.

The private method is more controlled and only allows certain users access. This method has become increasingly popular among businesses, especially in the drug, medical and banking industries, according to Jonathan Bick, a longtime technology expert who is now focused in the area of blockchain at Brach Eichler.

“It allows them more speed, accuracy and flexibility with respect to their transactions,” he said.

Which is why the state is working on getting legislation through that helps to allow the use of, and create regulations for, blockchain.

“Technology always leads the law, and it turns out the law is always accommodating itself to the technology,” Bick said.

But, for the industries already using it, blockchain is already a significant cost-savings to businesses.

But they want to be able to cut out the burden of the internet. The storage of documents and the auditing requirements they face are significant cost and time factors that disappear with the use of blockchain, Bick said.

Dave Sorin at McCarter & English in Newark, which is just opening up its blockchain department, also has a background in technology law.

Sorin said the biggest driver of interest in blockchain is the security it provides for documents, as well as the potential it has to disrupt certain industries. Namely: banking.

One of the ways blockchain is selling itself is to remove banks, seen as third parties, from between the customer and their money.

This is also true for venture capital, Sorin said.

“Venture capitals firms and private equity firms are now looking at how blockchain can disrupt the gatekeeping aspect of what they do,” he said.

This is all part of trend that has been developing over time to put the individual at the center and in control of transactions rather than third parties, Sorin said.

Which is why the new department is open at McCarter, as it is at other law firms.

“As we work with more investors and, ultimately, with more companies developing blockchain or integrating blockchain, we saw that we really needed to be a leader,” Sorin said.