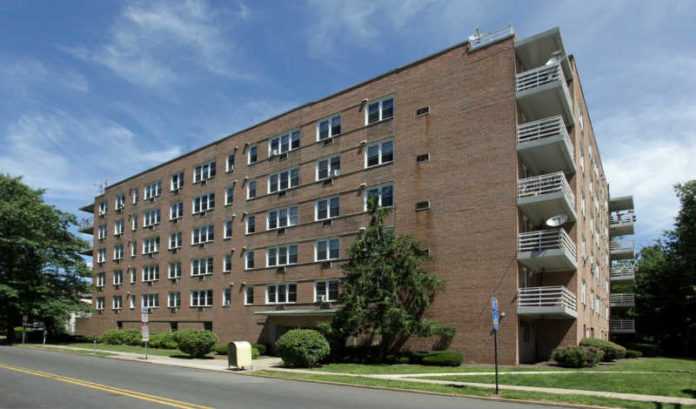 The largest transaction was a $15.45 million trade of Cornell Arms and Pingry Arms, two complexes located less than a half-mile apart in Plainfield, at 735 Park Ave. and 606 Crescent Ave., respectively.

The two complexes include 114 total units in studio and one- through three-bedroom layouts.

The second deal was the $5.025 million sale of David Gardens Apartments in Elizabeth, which includes 48 one- and two-bedroom units at 1055 S. Elmora Ave.

A third transaction was the trade of 315 W. 8th St. in Plainfield, a 27-unit building known as Executive Arms. The property features studio and one-bedroom units. Although specific financial terms were not disclosed, the deal appears to be valued at approximately $2.2 million.

“Like its surrounding neighbors, Union County multifamily continues to perform solidly, with stabilized occupancy rates, favorable absorption of new product and asking and effective rents that are on the upswing,” Stephen Tragash, a senior vice president with Gebroe-Hammer, said in a prepared statement. “All are projected to remain favorable, which in turn feeds the appetite of multifamily investors.”

None of the buyers or sellers was disclosed.