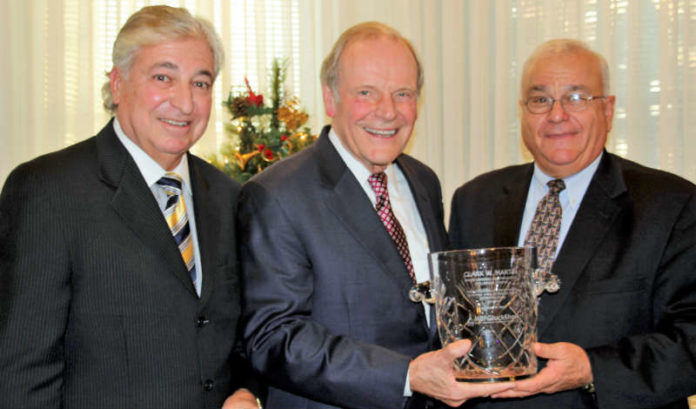 Two of the leaders of MBI-GluckShaw are retiring, the Trenton-based lobbying firm announced Wednesday.

With the departures of Paul Bontempo, co-founder and president of the firm, and Paul Matacera, vice president and secretary, the leadership team will now consist of:

All four are currently partners in the firm.

“After a lifetime in politics and 30 years as a registered lobbyist, I decided it was time to spend a little more time in Florida and at the Jersey Shore,” Bontempo said in a prepared statement. “I am extremely proud of what my great friend and partner, Clark Martin, and I started 30 years ago, the firm which is now known as MBI-GluckShaw. Starting and building this business to what it is today has been very gratifying both professionally and personally.”

“The friendships I have developed inside and outside the State House through multiple administrations and legislative sessions are relationships that I cherish and value for the rest of my life,” he said.

“Through the 2003 GluckShaw Group merger with MBI, this has been a very exciting ride working at a great firm full of great people,” he said in a statement. “I have spent my entire career involved in politics in some way, shape or form, and I have enjoyed every minute of it. …

“All that being said, it’s time to slow down a bit and spend more time with my family as we transition to our younger partners.”

Garcia said both Bontempo and Matacera will be partners emeriti for the firm, joining Martin, the president emeritus.

“The two ‘Pauls,’ as we call them affectionately — are truly pillars of State Street,” he said in a statement. “… Their 80 years of combined experience cannot be replaced. With their continued connection to the firm as partners emeritus, we look forward to calling on their assistance as needed, whether it be dealing with the Legislature or maintaining strong relationships throughout the state. They have both earned the right to slow down a little.”

EDA seeking insights on ways to increase access to capital for...