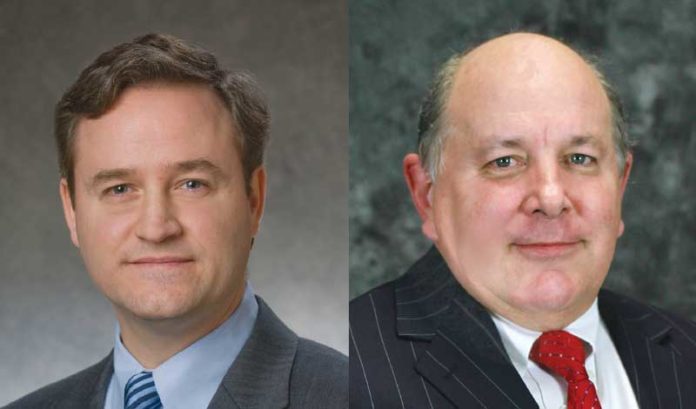 Hot off back-to-back bank purchases, First Bank is displaying an opportunism when it comes to mergers and acquisitions activity that has become commonplace for local community banks.

Pat Ryan, CEO and president of the $1.6 billion-asset bank, said his Hamilton-based institution is ready, willing and able to keep making acquisitions.

But the federal regulation rewrite signed into law last month might be a harbinger of change. An institution such as First Bank could have a shallower pool of banks to pick from in the near future, as more choose to go it alone under the new banking regime.

That’s the theory, at least — but one that’s starting to be called into question.

There has been a years-long trend of fast-moving mergers and acquisitions of banks in New Jersey, which dropped the amount of local institutions from well over 100 banks to new lows for the state.

There also was talk of how that could slow if there were ever to be a rollback of the stringent Dodd-Frank regulatory structure that was built up in the wake of the financial crisis. That has now come to pass, however minor the industry leaders consider the rule reshaping to be.

However, in Ryan’s interactions with the region’s bank leaders, he hasn’t found the regulatory structure to be a motivating force for recent transactions — casting doubt on the possibility of there being a reversal of the industry’s local consolidation.

In the community bank landscape, investors are looking to get a return on investment through the institution being sold. Although the operating landscape for small banks became more difficult under post-financial crisis regulations, acquisitions today are still primarily driven by the life-cycle that investors expect of banks.

“Because of that, I think you’re going to see the same level of M&A activity in New Jersey,” he said. “Actually, you may even see an increase, because the last downturn was so tough on banks — and the market has been good for a while — that you may have banks considering getting out before the next downturn comes.”

Ryan knows full well what the industry’s downturns can be like. First Bank hadn’t even come into existence until 2008, when the financial crisis was getting into full swing.

When a recession like that kicks in, banks either aren’t valued highly in acquisitions or aren’t able to be sold at all. Ryan admits it’s speculation, but, with the constant punditry about time running out on the recessionary cycle, he expects bankers may try to sell institutions preemptively.

Don Musso, head of bank consulting firm FinPro, said he hasn’t yet seen a rush to the market due to fears that the bank values in transactions will soon plummet.

“What I have seen a lot of lately is people getting gray in the tooth and saying now’s the time to cash out,” Musso said.

But he is expecting an uptick in mergers and acquisitions in the industry for another reason — one related to the recent banking bill.

The legislation reduced federal regulatory oversight on banking institutions with between $50 billion and $250 billion in assets. Previously, any bank over $50 billion was subject to certain costly stress test standards. That threshold was moved to $250 billion.

“For the most part, the bill bit around the edges and wasn’t at all what I would call substantive,” Musso said. “But that change was definitely significant. It will open up a lot of mergers and acquisitions at the higher end.”

Musso is confident that there will be high-end deals involving banks that have not wanted to cross the regulatory threshold that Dodd-Frank introduced.

“I think you’ll see banks between $40 billion and $200 billion going back into the market for acquisitions soon,” he said. “Banks can now acquire up to the $250 billion mark, short of triggering that next (regulatory) event.”

Last — but certainly not least for community banks such as First Bank — on the list for factors motivating future acquisitions will be the continued need for smaller institutions to establish a brand in new geographic areas.

“If you’re a growing bank, you need to enter new markets to keep growing; you need some physical presence as you enter a new market,” Ryan said. “You want some real brick and motor space to show we’re a player in that market, even if the branches are becoming less relevant than they were in the past.”