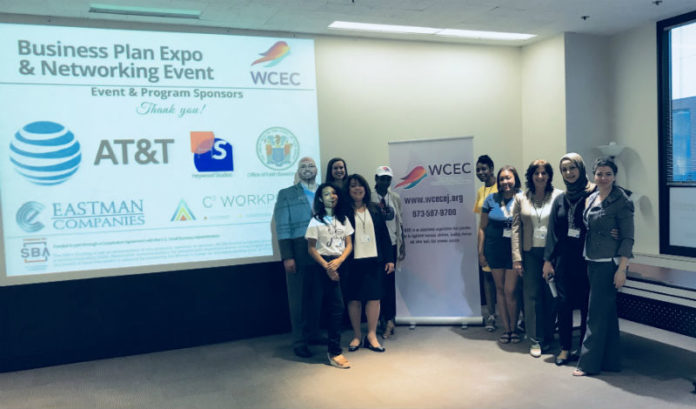 Crystal Pressley worked various jobs, spending time both in Corporate America and as a corrections officer.

She felt each workplace had one thing in common: All the employees seemed to defer their dreams.

So, when Pressley was laid off in a restructuring, instead of finding another corporate job, she decided to do something to help those stuck in a similar rut.

With that, the Clarity Cloud was born.

At least, that’s how she pitched it when she was one of seven presenters at the Women’s Center for Entrepreneurship Corp.’s Business Plan Expo last week at the Eisenhower Corporate Campus in Livingston.

Rana Shanawani, executive director of the WCEC, said one of the goals was to connect entrepreneurs to the business community.

“I believe that it is impossible to reach success on an island,” she said. “It is necessary to get support from others whether it’s finding customers for your business or financing … the vast majority of entrepreneurs out there don’t know where to turn.”

This year’s event had a special twist: The winner received a $1,000 prize from C3Workplace founder and President Donna Miller.

“We basically gave them a $1,000 gift certificate in any combination of (our) services,” Miller said.

Miller said the Clarity Cloud won because she felt it was the best fit for the office services and other services provided by C3Workplace.

Pressley’s background stood out to her, too, Miller said.

“I think that, if she can carve that niche of working with governmental agencies to provide this training to underserved communities, I think it has a real capacity to create change,” she said.

Pressley said she constantly heard people complain about why they disliked their jobs, but rarely saw anyone do something about it.

It became a cycle for some people, she said.

“Five years later, you see that same person in that same company, same position with the same complaints and no positive action steps toward a better destination and a happier future,” she said.

Looking forward, Pressley said she wants to focus on getting mentorship as well as strategically marketing her startup in order to gain more clients. Part of her plan includes an official website launch.

Some of the other entrepreneurs also gained something from the event.

Hassan said she received a lot of mentoring from the WCEC and was looking for marketing advice from the audience as she prepares for an Aug. 1 launch.

Miller said she thinks community is essential to business and believes that helping out the next generation of entrepreneurs and business owners is important.

“In the past, whenever we’ve held similar business plan events, we noticed that there was an immense outpouring of offers for support from all our community friends and partners,” she said. “Today is about systematically crowdsourcing all those amazing resources to optimize chances of success and provide surgical networking for our clients who could benefit from a boost.”