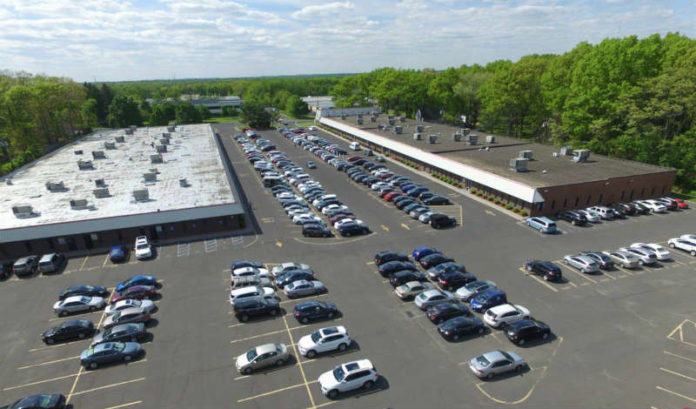 While companies with amenity-rich flex spaces for startups to grow are the new trend, Christopher Jerjian is working a different angle.

His Hamilton-based company has seen a sudden spike in interest for the product it is offering: affordable, independent suites. Light on the amenities.

And business is booming.

Jerjian is a founder, principal and managing member responsible for leasing and development at Ibis Plaza, in Hamilton, and developer of Kiwi Offices, in Mount Laurel.

“We serve a niche market,” Jerjian told ROI-NJ. “Most of the small office space out there is what would be deemed in the industry as executive offices, which we don’t actually have.

“Executive offices are defined by … a receptionist answering phones, sorting your mail, having printing and copying services. So, all those things are done for you, and it gives the impression you have a full-service office.”

Jerjian and his team offer something different.

“The other alternative working spaces like WeWork or Regus, they have independent office spaces, but they are more expensive. We are more price-conscious, but we are delivering a good value and a good quality professional space. Our pricing is geared towards someone who knows what they want and doesn’t need these other services.”

Unlike other spaces, Ibis and Kiwi are designed with the basics: internet, furnishings and a conference room area.

The goal is for the building to be single-story or at least filled with windows and skylights.

“I try to bring daylight into every office,” he said. “Because you’ll feel confined otherwise.”

Jerjian said the concept is an idea he had about 10 years ago, but he only began working on it in 2012.

That’s when he was left with a 40,000 square-foot vacancy that he knew he could never fill in the traditional way. And he had been receiving calls for spaces that were 200 square feet, when the smallest he had was 1,200 square feet.

Jerjian said he knew why there was a lack of small-space products in the market.

Which makes it hard to find tenants.

Except Jerjian doesn’t have that problem anymore.

That’s mostly thanks to Indian businessmen — like the clients of MIG Media Neurons — which has also set up shop in one of the office spaces.

In fact, the Mount Laurel location is 80 percent occupied, he said.

“Indians are price conscious,” Jerjian said. “They don’t like surprises … so they love it. I have lots of Indian clients.”

But Jerjian believes there is more demand in the market for his product, away from the skyscrapers of the urban neighborhoods.

“People who do rent small spaces, the tendency is that they want to be near the house,” he said. “Our model works better as a cluster than it does to be one big center.”

Which is why he’s now targeting the suburbs around Philadelphia as his next move.

“No doubts a big center would get leased,” he said. “But the suburban market is working well.”

Colliers facilitates the highest price per sq. ft. office trade in Parsippany within the past 5 years