Home Health Care Whether friend or food, animals are gaining importance globally, and that has...
Facebook
Twitter
Linkedin 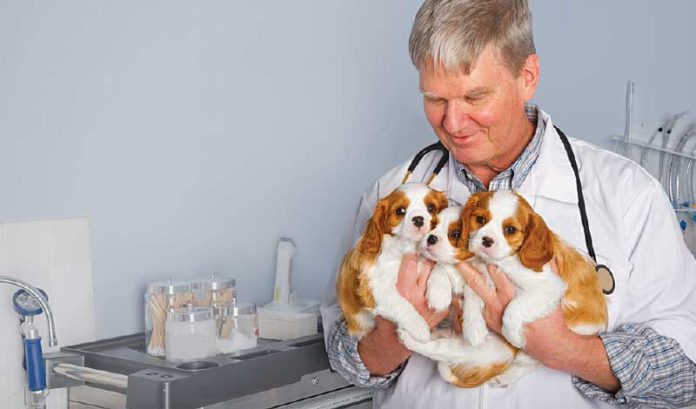 Look at any of the 100 countries served by Zoetis and there’s sure to be a local trend that comes to bear on the animal health company.

One of the most dynamic countries has been China. Besides the fact that the booming economy hogs the world’s pig population, with an inventory of about half a billion annually, the rise of a Chinese middle class has meant the populous nation is doing a lot more spending on pets.

This trend and others around the globe are truly benefiting the Parsippany-Troy Hills company, Zoetis CEO Juan Ramón Alaix said.

“A growing world population, increasing middle class and urbanization are all fueling greater demand for meats, milk, poultry, eggs and fish; likewise, they are driving up pet ownership and spending on health care,” he said. “These have been — and will remain — the fundamental drivers of demand for animal health products and for predictable growth in the animal health sector.”

The public company’s market is split almost evenly among products made for companion animals and for animals in agricultural settings. Between its vaccines, flea and tick medicine, and many other products — it has 300 product lines in all — it generates $5 billion in annual revenue.

It’s the first standalone animal health company to reach those revenue heights. It did so about five years after spinning out of pharmaceutical giant Pfizer, which unloaded its non-pharmaceuticals divisions to focus on its core prescription drugs business.

It may sound as if Zoetis had quite an advantage, having once been a part of one of the world’s largest drugmaker for humans, but animal health is a different beast entirely.

And this meant there was an elephant in the room that the company had to address after its 2013 spinoff.

From the start, the company didn’t have the right overhead, said Bill Price, vice president of communications for Zoetis. It wasn’t the right size for a standalone animal health business, which most of its biggest competitors — Merck and other widely diversified drug making companies — aren’t.

That was the backdrop for a major restructuring that began in 2015, ahead of which the company announced it would have to cut almost a quarter of its workforce. The downsizing was costly.

“There were also differences about this sector that we had to educate investors about,” Price said. “For example, in terms of animal health, most of our customers are veterinarians or livestock producers, so it’s a self-pay type of model. So, we don’t have to go through as many other parties as most drug makers in terms of pricing.”

Price said the period of adjustment made Zoetis “the company we always envisioned we could be.”

What that means is being able to put the lion’s share of resources into expanding in a market that grows around 5 percent each year. The animal health sector has the momentum of rising millennial sentiment that a pet is a part of the family and, so, deserving of expenses, Price said.

And the market for spending on pet health, as well as the consumption of proteins such as beef or chicken, is a dependable one.

With expectations of a sturdy market uptick, Zoetis has started to invest in complementary spaces to animal health. This year, it announced it would spend nearly $2 billion to acquire Abaxis, which develops, manufactures and markets diagnostic instruments for veterinarians.

Given the journey Zoetis has been on for the past few years, its leaders say that they’re glad to be reinvesting and setting the company up for future profit.

“Last year, we delivered our fifth consecutive year of operational revenue growth and increased profitability, consistent with our value proposition,” Alaix said. “We have placed Zoetis firmly on a course for sustainable profitable growth.”

Where Zoetis does big business

Think you can guess what the biggest market is for animal health company Zoetis outside of the U.S.?

It’s Brazil, which has a large amount of livestock and, over time, an increasingly strong companion animal segment for Zoetis, as well.

The second-largest is Canada, owing to its dairy production and pet population. Third up is Australia, mostly for its cattle market. Next on the list is China, which wouldn’t have even made the Top 10 a few years ago.

Internationally, beef accounts for the largest market in livestock, dollar-wise. But fish is the world’s fastest-growing protein.

“Of course, markets in different parts of the world are always fluctuating,” Bill Price, a Zoetis spokesman, said.