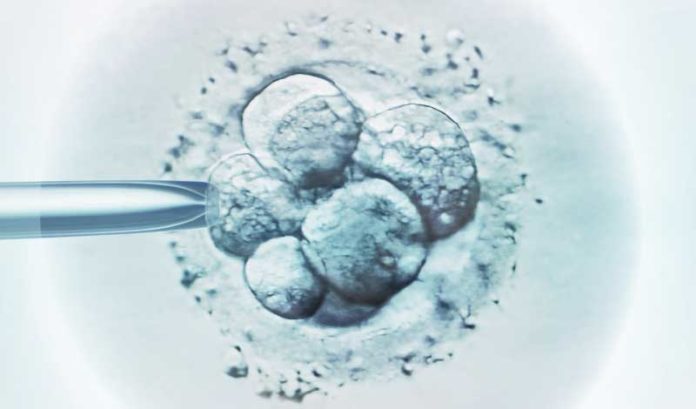 While millennials have been busy paying off student loans, searching for affordable housing and growing in their careers, conversations regarding family planning often have been put on hold.

Or, more likely, have not even yet begun.

As they grow older, it is something to start thinking about — and acting upon, Karin Ajmani said.

“This will influence career decisions,” she said. “People are choosing jobs and where they are going to work based on whether fertility benefits are being offered.”

Ajmani, president of Progyny in New York City, works with some of the nation’s leading employers to offer all-inclusive, innovative fertility treatment and health benefits to employees.

Ajmani recently was on a panel with Dr. Shefali Mavani Shastri at the Metro Women’s Leadership Summit at the Newark Liberty International Airport Marriott.

Shastri is a top reproductive endocrinologist, obstetrician and gynecologist, and partner with Reproductive Medicine Associates of New Jersey in Basking Ridge, one of the largest fertility treatment practices in the country.

Hundreds of business leaders attended the summit to hear from more than 100 speakers in more than 40 breakout sessions regarding the topics of leadership, finance and political activism. Ajmani and Shastri spoke to a group of women about the impact of infertility on employers and the workforce.

With wide talent shortages in multiple industries, employers must begin paying attention to what will attract and retain the workforce of the future.

And, with the average age of patients clocking in at 36, buzzwords regarding senior women leadership also should now include phrases such as “egg freezing” and “in vitro fertilization” to send strong messages to current and prospective employees.

“There is new notice as to the true effect of reproductive health and work, as well as solutions that can be tailored to support women and families in the workforce who are looking to preserve their fertility,” Ajmani said. “Egg freezing, in particular, can become a great equalizer for women across the board.”

Ajmani said she is familiar with the concept of leaving the workforce to focus on fertility.

She had her first child at the age of 30, which, Ajmani said, is early by New York City standards.

It was not until she attempted to get pregnant with her second child at the age of 33 that she realized how broken the health care system is when it comes to issues involving reproduction.

“I had nearly four years of absolute trauma,” she said. “I could not get pregnant, and when I would, I would miscarry.”

As then-CEO of US Imaging and the former CEO of CarePlus Health Plan, Ajmani believed she was seeing the best doctors.

It took nearly $100,000 and several miscarriages, however, for Ajmani to find her own way to a reproductive endocrinologist. She finally got pregnant at the age of 37 after trying in vitro fertilization for the first time.

“I had experienced years of sheer physical and mental hell, even going so far as to leave my position as CEO because I felt like I had been causing the miscarriages from stress,” she said. “I felt completely unsupported the entire time and realized we needed a better program to address this issue.”

“We had worked with two really innovative employers in the beginning who actually had spent money with their insurance carriers to cover infertility treatments, yet people would end up exhausting the benefits and were still not pregnant,” she said. “They, too, knew the system they had in place was not working.”

The issue begins with age.

In 2016, women in the U.S. ages 30-34 had more babies than women ages 25-29 for the first time in more than three decades, according to statistics provided by both Ajmani and Shastri.

“Our bodies have not caught up with where we are socially, and female age is the largest contributing factor to infertility today,” Shastri said. “Female infants are born with around 2 million eggs. By the time of her first ovulation, she is down to 500,000.

“Then, when those eggs have been sitting in her ovaries for a long time, the mechanisms that allow them to mature and ovulate do not work as well in her 30s and 40s.”

Nontraditional families that cannot have children on their own, such as members of the LGBTQ community and single parents, also must opt for procedures such as in vitro fertilization, surrogacy and/or adoption.

Then there is the added complexity of those who simply want to preserve their fertility.

“Most people want to have babies when they have lived their lives a little and have some money in the bank,” Ajmani said. “Maybe they want three children, but they’re just not emotionally or financially ready to start.”

There are options for everyone out there, Shastri said.

“Over the last five to seven years, we have increased the number of egg freezing cycles that we do,” she said. “Ten years ago, maybe 30 percent would survive. Today, there is about an 80 to 90 percent survival rate.”

The ability to freeze a woman’s eggs in time is what millennials should be paying attention to most, Shastri added.

“If you freeze your eggs when you are 30 years ago, those are 30-year-old eggs,” she said. “That correlates with the viability of those eggs, which will be much greater at 30 than later. The ideal age to freeze your eggs is less than 35 years of age.

“I have three boys, but if I had a daughter, once she turned 30, I would say to her that this is something to think about.”

However, an infertility diagnosis runs about the same, while successful fertility treatments, such as in vitro fertilization cycles, can sometimes cost nearly $70,000 per birth.

That is if employees’ health plans do not cover the procedures.

Ajmani thinks it makes sense for employers to do so — and there are multiple reasons why.

For one thing, the younger workforce is attracted to employers who offer coverage for both their employees and their dependents.

“It sends a very strong cultural message that you care about families and women’s health, and you support the technologies that allow women to also maintain their roles in the workforce,” Ajmani said.

And it isn’t just about older women.

According to a survey conducted by Progyny, 68 percent of male respondents and 70 percent of millennial respondents said they, too, would be willing to change jobs to ensure fertility coverage.

The cultural bang for the buck can go a long way in not only the attraction, but the retention of employees, Ajmani said, especially when it comes to senior leadership.

“Employers also will be supporting their more senior female executives who, for whatever reason, are currently struggling with the concept of not having children,” Ajmani said. “Women start to panic and begin to make decisions about that.

“Employers are giving them the opportunity to utilize technologies that may make them feel more secure in not having to choose between their career and having a child.”

“Couples who struggle with infertility have a three-fold increase in divorce and a much higher rate of anxiety and depression,” Ajmani said.

In fact, she added, 55 percent of survey respondents found infertility to be more stressful than unemployment, resulting in a much higher incidence of women leaving the workforce altogether.

It is no wonder, then, that the largest and most well-known technology and global consumer goods companies have partnered with Progyny to begin offering fertility health care benefits to nearly 1 million employees across the country.

Women no longer need to choose between entering or staying in a career, as well as poor relationships, because of their biological clocks, Ajmani said.

“We can at this point start to protect that by giving women the ability to preserve their dream of having a child when the time and circumstances are right,” she said.

While Progyny is out there educating employers on how they might change their policies to ensure more sophisticated benefits programs are in place, Shastri said it really is in employers’ best interests to act now.

Manufacturing PPE in N.J. has huge upside, but comes with challenges