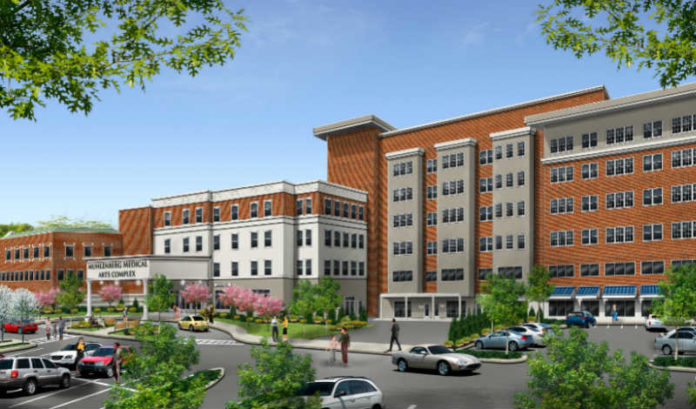 The sale of Muhlenberg Regional Medical Center in Plainfield, closed for a decade, has been completed, marking the start of a planned $57 million project that would see the hospital reborn as a community health care facility.

Muhlenberg Urban Renewal LLC, an affiliate of Bloomfield-based Community Healthcare Associates, purchased the property from JFK Health System, it said in a news release Friday. Financial terms of the sale, which was approved by a judge earlier this month, were not disclosed.

CHA has received approvals to convert the former hospital into a two-part property: a 186,000-square-foot medical arts complex and a 120-unit luxury apartment building.

The project is expected to create 200 construction jobs and 600 permanent jobs, CHA said.

Muhlenberg Regional Medical Center has been closed since 2008.

“This facility, which has sat dormant for nearly a decade, is set to once again become a key revenue generator, a source of jobs, as well as a provider of needed community-based health care services for all of Plainfield,” Bill Colgan, CHA’s managing partner, said in a prepared statement.

Work will begin immediately, CHA said, with demolition and construction beginning later in the summer.

“Our top priority is to be a good neighbor,” Colgan said. “To that end, we will be providing additional information to area residents as to what they should expect to see on the site in the coming months, and we will continue to do what we can to be a true community partner.”

Once completed, the medical complex is expected to include primary and specialty care; a women’s health center; a diagnostic lab; an ambulatory surgical center; a pharmacy; a sleep center; behavioral health; a home health care agency; physical therapy; and more, CHA said.

The residential complex will include 39 one- and 81 two-bedroom apartments, as well as amenities including a fitness center and business center.