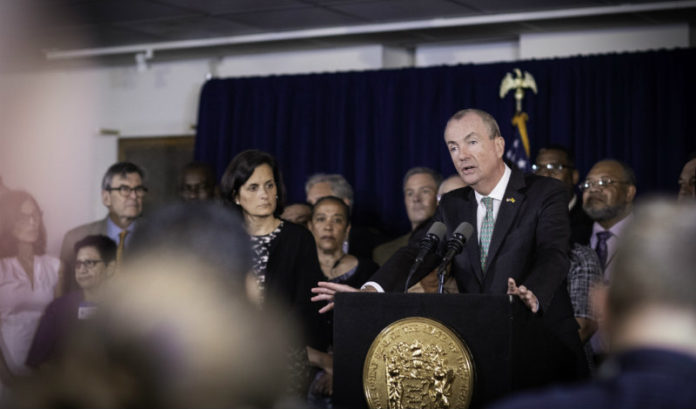 In an effort to avoid a government shutdown that could occur by the end of the day, Gov. Phil Murphy sent a new offer letter to the Legislature on Saturday morning – one which takes the sales tax off the table and proposes new numbers for the corporate business tax and millionaire’s tax hikes.

Countering an offer from the Legislature to set a threshold for the millionaire’s tax hike, which it proposed at 9.95 percent on $5 million and above, Murphy came back with $1.75 million at 10.75 percent. This would raise $550 million in revenue, he said, compared with the $160 million estimated from yesterday’s proposal.

On the corporate business tax, Murphy offered a four-year surcharge at 2 percent for all businesses. This would net $320 million, compared with Friday’s offer of a phased-out tax starting at 3 percent over four years.

Murphy said in exchange for finding the right balance between the two taxes, he would take the sales tax off the table.

The sales tax is a point of contention for legislators who are running for re-election next year and dropped the sales tax under Gov. Chris Christie’s administration in exchange for a 23-cent increase in the gas tax.

A source in the Senate, not authorized to speak publicly, said the letter released today by the Governor was misleading.

“It’s not a new offer. It was presented to legislative leaders before the legislators offered a millionaires tax and a revised corporate tax and it was rejected,” the source said.