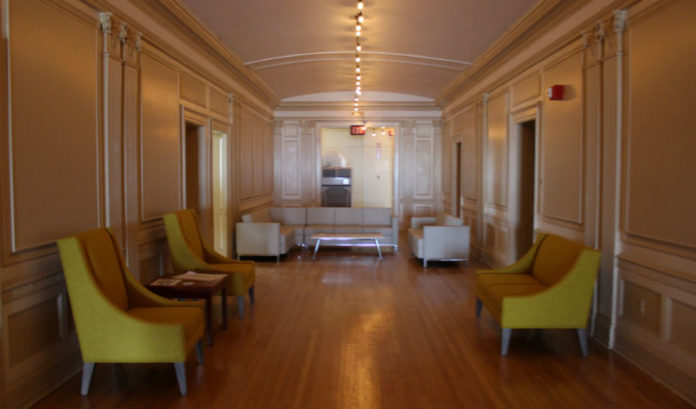 There’s a bit of irony when it comes to open houses in old buildings: The developers want to talk about what will be, while the visitors are often more interested in hearing what was.

Such was the case at an event at one of the old Victor buildings in Camden, the one being refurbished by Millennial Place in conjunction with Procida Funding & Advisors.

The building, one of three that used to make up the Victor facility, is coming along nicely, Billy Procida, president of Procida Funding, said.

“It’s a special building,” he said. “Historic buildings can take a lot of time, but it’s worth it.

“We shouldn’t just be knocking down old buildings that we can use. We need more than just glass buildings.”

Procida has become a bit of an expert in the restoration of historic buildings, having recently completed a number in Philadelphia.

He said it’s important to recognize a building’s past, especially one with so much history.

This Victor building is where so many famous artists — from Elvis to Sinatra — have recorded.

Procida said there are plans to incorporate the building’s history in some type of display in the lobby.

For now, Procida is concerned more about the eight floors, each of which has about 10,000 square feet.

“The top floor, which happens to be the floor where Sinatra reportedly recorded his first album, is nearly done,” he said. “The floor, which is beautifully ornate, was finished in mint condition.”

Procida said he hopes to have leasing complete by the fall (JLL is handling the leasing), with tenants taking occupancy a year later, in fall 2019.

In between, Fred Hagan of Millennial Place will determine what to do with two other buildings in the area.

“We’ll either convert them to loft office or things of that nature, to residential, or knock them down and build a high rise.

“So, it’s kind of like three different projects in one.”

All of which are in the heart of Camden’s rebuild.

The Victor building includes views of the Ben Franklin Bridge and is near Brandywine Realty Trust’s billion-dollar project, the Camden Tower project and the Victor Lofts, not to mention the campus of Rutgers-Camden.

“It’s in the heart of everything,” Procida said.

Procida, who has been doing development projects in Camden for decades, said he feels the city is on the verge of an economic boom.

“When the Philadelphia 76ers decide to put their training facility in Camden, New Jersey, that says something,” he said.

“The Camden waterfront is just red hot. It’s going to be the next Jersey City. In the next 10 years, it will be identical to Jersey City.”

Procida, of course, is making sure his Victor building keeps its Camden roots.

And he may not be the only one who feels that way.

Procida said the preview brought a different kind of buzz.

“This is a historic building,” he said. “People came to see that.

“In fact, a bunch of people from RCA that worked in the building in the early ’80s showed up. They just wanted to see it again.”

Believe it or not, homes moved more slowly in N.J. than...