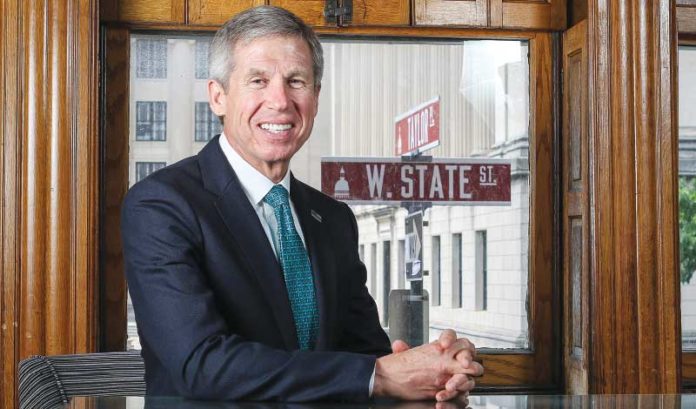 The day-to-day life of a lobbyist has done as much of an about-face as the state’s legislative agenda under Gov. Phil Murphy, his new administration and the more than a dozen new legislators in the State House.

But, after experiencing more than a few upsets of the modus operandi in his 30-plus years on New Jersey’s lobbying circuit, Dale Florio of the powerhouse lobbying firm Princeton Public Affairs Group Inc. knows to take the long view.

“It takes a lot of watching; waiting for the chance to meet new people; slowly finding out how they’re going to interact with advocates; learning how they view issues; (and) getting a sense of how what kind of information we can help them with,” he said. “Every administration is different, full of all sorts of new personalities — and it can take many interactions to establish a connection.”

That said, the juggernaut lobbyists that jostle for local influence are busy as ever making inroads in the State House. Because, whether they’re taking it slow and steady or not — they’re all dealing with a racing legislative agenda.

One of the traits of the new administration that immediately sets it apart from the last, according to Florio, is that they’re less eager to provide time before a bill gets a decisive signing into law or veto once the legislation reaches the governor’s desk. The 45-day grace period lobbyists came to expect from former Gov. Chris Christie is no longer a guarantee, Florio said.

Lobbyists are regularly dealing with overflowing committee agendas today. Meanwhile, countless bills are making their way through voting sessions in both houses of the New Jersey Legislature. And it’s all happening simultaneously to the fraught budget process.

David Pascrell, co-chair of the lobbying wing of law firm Gibbons P.C., said local policymaking has for many months resembled the compressed timetable situation of a lame-duck session.

“The speed becomes even more aggravated, because we’ve got a large volume of bills under the cover of the budget that we’re dealing with,” Pascrell said. “Right now, it’s seen as an opportunity under this larger budget issue to move bills that, in a more deliberative process, may never get to the finish line.”

Added to that, lobbyists have to reckon with the unleashing of pent-up demand for certain progressive policies that wouldn’t have made it past the former two-term governor’s opposition, Pascrell said.

“As a lobbyist representing private interests, that means I’ve had a tremendous amount of bills we needed to address come up that likely would not have moved through the legislative process at another time,” he said. “Businesses and business associations are having to get more engaged in issues that impact them or their members at an earlier point in the legislative process because of this speed, too.”

That also means Christine “Chrissy” Buteas, who became chief government affairs officer at the New Jersey Business & Industry Association earlier this year, has been thrust into quite the state of affairs in her new role.

She said many of the policy ideas that are being floated around today have given the association’s members some pause. So, the association has had to maintain a close proximity to dealings in the Legislature.

“Especially with the Legislature’s new members, we’re all trying to get a sense of the direction they’re heading,” Buteas said. “Our priorities are that the state remains competitive and affordable for businesses. When we approach public policy, we’re always looking through that lens.”

Lawmakers are well aware of where an association such as NJBIA stands on issues. And Buteas said that, whether or not all of Trenton’s new faces agree with them philosophically, the association prides itself in being regarded as a good resource for information to the Legislature.

Lobbyists often see themselves that way. And how receptive legislators and state officials are to hearing them out is one thing that hasn’t changed much.

“By and large, today’s legislators really want to understand issues as much as anyone,” Pascrell said. “It’s really the rare occasion in which any legislator won’t stop to take into consideration another point of view, to hear both sides. From my perspective — and I’ve met almost all of the new legislative class in New Jersey — they’re just as eager to get all the information they can.”

The money talk: Financial challenges are challenge for lobbyists

Lobbyists might spend equal time navigating politics on State Street, but their road maps all differ.

Bill Caruso of Archer & Greiner P.C. suggests that pitching ways to save money with sound public policy is what resonates with lawmakers today.

“Definitely, as we go through the budget process, it’s clear there’s a dearth of available financial resources right now,” he said. “It’s hard to go in with an idea — whether you’re representing a client or an interest group — and ask for allocations for this or that. I’m finding that selling your position based on how it’s actually going to be more efficient financially makes for winning arguments today.”

Dale Florio of Princeton Public Affairs Group — which, like Archer, is made up of a bipartisan team of lobbyists — views an acceptance of expenditures to achieve policy as one of the biggest changes from the days of former Gov. Chris Christie’s administration.

“I’ll say that, this May and June, I noticed more visitors to the State House than I have for many years — groups coming in to advocate for issues that often require expenditures,” he said. “Right now, it seems to me that there’s a willingness to look at these requests for projects and programs even if they’re going to cost money. I’ve seen an attitude change.”

Up to $30K in rent is available for small businesses in...