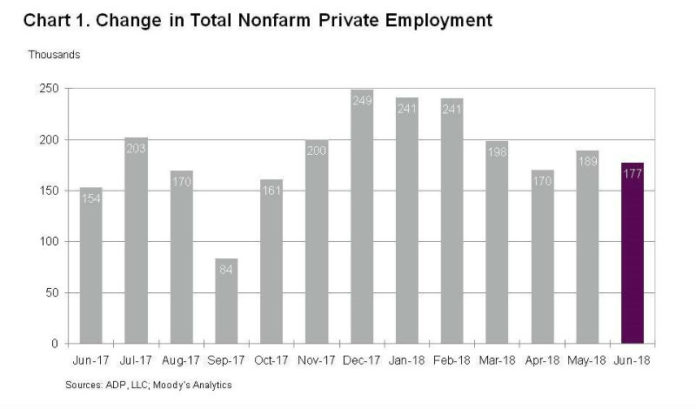 Private-sector employment grew by more than 175,000 in June, according to Roseland-based ADP.

The payroll and human resources company said in its monthly ADP National Employment Report the number of jobs grew by 177,000 positions from May to June, just 1,000 jobs less than last month’s figures.

Mark Zandi, chief economist of Moody’s Analytics, said, “Business’ number one problem is finding qualified workers. At the current pace of job growth, if sustained, this problem is set to get much worse. These labor shortages will only intensify across all industries and company sizes.”

Among the Top 10 sectors surveyed by ADP, the service-producing sector led, adding 148,000 new positions compared with 29,000 in the goods-producing market.